The first-ever multi-season TV series about the life of Jesus, “The Chosen,” became one of the most crowdfunded film projects ever, reaching $4 million in investor pledges for the project.

The Christmas themed first episode, titled “The Shepherd: A Story of the First Christmas,” was released during the holidays in 2017. The pilot which is available for viewing on the video streaming service VidAngel, has already managed to raise $4 million of their $13 million overall goal.

“God has been teaching me that my job isn’t to feed the 5,000, it’s just to bring my loaves and fish. And it’s been humbling and overwhelming to see so many people add their loaves and fish. I don’t know exactly what God’s going to do, but it’ll be fun to watch him multiply it,” Dallas Jenkins, director of “The Chosen,” told The Christian Post of the immense backing they’ve received from investors.

Jenkins, who also directed “What If…” and “The Resurrection of Gavin Stone,” teamed up with VidAngel for the series and has set out to make top quality episodes. He is looking to spend a minimum of $400,000 per episode to cover cast, locations, crew, and equipment.

“The Chosen” has almost 5,000 “angel investors,” with hopes to gain more investments, which will increase production quality. They estimate production on the first four episodes will begin at $4.5 million, with a total goal of $13 million to complete and market an eight episode season one. In December, the film had received $6 million worth of pledges.

“What I’m hearing from supporters is more meaningful than their investment. They’re just so desperate to see this impact the world. We’ve had multiple people invest five and six figures, but one woman wrote a check for $452. That’s clearly the exact amount she could afford. Shame on me if I don’t cry out for God’s help to make sure I justify her faith in this project,” Jenkins admitted.

Last week, “The Chosen” ranked number 4 in the top crowdfunding list of film and TV projects of all time, the only Christian project in the top 5. 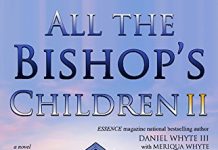