Throughout Aretha Franklin’s life, her faith was a central part of her identity, influencing and guiding her journey to stardom.

On Friday, her spiritual grounding in the black church will be on display to the public as her funeral at Greater Grace Temple is broadcast, showcasing noted singers and the traditions of Baptist funerals that are about both mourning and joy.

“In a Baptist funeral, there is duality,” explained Rev. Kenneth E. Flowers, pastor of Greater New Mt. Moriah Baptist Church in Detroit. “It’s a time for celebration; it’s a time of sadness and tears. But there will also be a celebration of life, we can celebrate, our faith tells us.”

“… We call them a homecoming celebration because that means you’re going to be home with God.”

Flowers spoke Monday at a tribute to Aretha Franklin at her home church, New Bethel Baptist Church, which was led by Franklin’s late father, the influential preacher and civil rights advocate Rev. C.L. Franklin. Flowers said he would sometimes text with Aretha Franklin, sending her messages of support and quotes form the Bible to give her a lift as she battled pancreatic cancer and personal challenges.

“I would text her, I’m praying for you Queen, told her to keep the faith,” Flowers said.

The funeral will feature well known performers, but also elements that can often be seen at Christian funerals in Detroit.

“Tears of sadness, but also shouts of joy and dancing, a time of celebration and jubilation to thank God for the Queen of Soul, that she is out of her suffering, out of her pain and going home to be with God,” Flowers said. “We can be sad and at the same time flip it around and be happy and joyous because we know where she is. She’s gone to be with God.”

Franklin was rooted in a Baptist church while the funeral will be held at Greater Grace Temple, an Apostolic church that’s part of a Pentecostal denomination. Its pastor, Bishop Charles Ellis III, the head of Pentecostal Assemblies of the World, will co-lead the services along with Rev. Robert Smith Jr. of New Bethel Baptist.

The denominational differences don’t really matter too much given how Franklin broke across musical and religious barriers with her art, said local pastors. 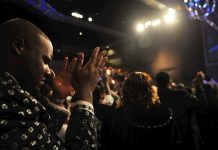 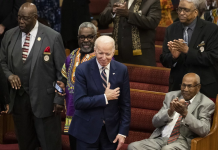 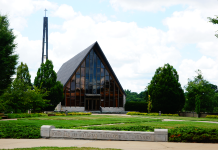