A smartly dressed man performed an ‘exorcism’ on a busy train as a woman screamed ‘devil’ in front of shocked commuters.

Footage of the bizarre incident was captured by a fellow passenger travelling on the underground in Mexico City.

The video, which has been seen more than a million times, was posted with the title: “When you find yourself in the middle of an exorcism on the metro.”

It shows a man in a suit apparently praying in the name of “Jesus Christ” to free the allegedly possessed woman in front of him.

The woman seems to agree she is possessed and says: “Yes, that. Get out, get out,” before saying: “The blood of Jesus has the power to release me from all my sins.”

However she then begins to lash out at the man trying to apparently exorcise her, hitting him with a large umbrella.

The man is not deterred however and carries on telling the seemingly confused woman: “I forgive you.”

The woman, who has not been identified repeats “devil” over and over again, while some of the passengers on the train can be seen collecting their things and moving down the wagon.

According to local media, this is a common scene on the trains in Mexico City.

The video went viral on Facebook where it was seen more than one million times and shared more than 14,000 times.

Mexico Removes Statue of Christopher Columbus Ahead of Annual Protest 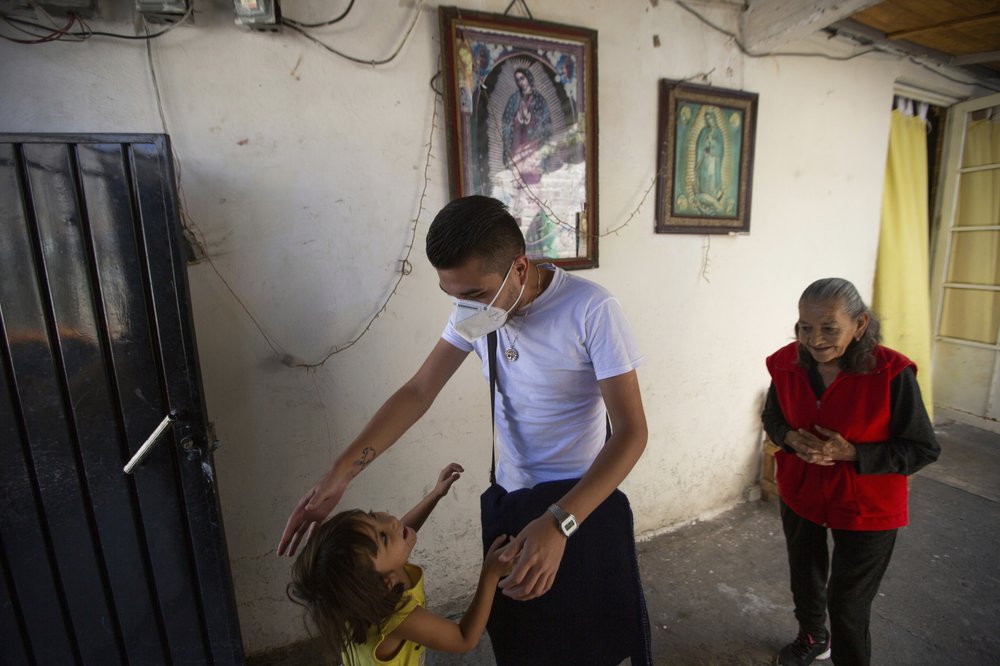