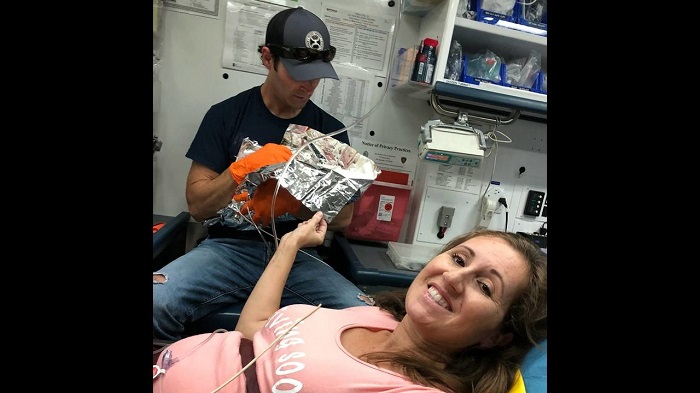 Chick-fil-A is granting a Texas couple’s newborn free food for life and a guaranteed job when she’s older after they delivered their baby at a location in San Antonio, according to reports.

Earlier this week, Falon and Robert Griffin were on their way to the hospital but had to make a pit stop at Chick-fil-A to drop their two daughters off with friends.

When they stopped at the fast-food joint, Falon Griffin, like many pregnant women, had to use the bathroom right then. After banging on the doors of the closed fast-food joint, the staff let her in.

Robert documented the experience in a viral Facebook post that had racked up 207,000 reactions and more than 80,000 shares by Friday afternoon.

After kissing the kids goodnight, he returned to the restaurant to check on his wife but instead found the manager telling him his wife was in the bathroom screaming, he wrote.

“I hear high pitched screaming and I was like, okay — this is serious. This is happening. And I got on the phone with a 9-1-1 dispatcher,” Brenda Enriquez, the restaurant’s drive-through director, told KENS5.

Robert said he saw his newborn coming and knew they had to deliver “right here, right now.”

For Big Tech giants, Joe Biden brings a new era but no ease in scrutiny as times have changed