After a slow start, Giancarlo Stanton has been on a roll for the Yankees.

But he also said there’s another gear he can kick into, too.

Rookie second baseman Gleyber Torres left the game in the top of the fifth inning because of tightness in his right hip and afterward was placed on the 10-day disabled list with a right hip strain.

“We’re hoping it’s a short stint. But we think we’ve got to deal with it this time because there is a small strain there,” Yankees manager Aaron Boone said outside the home clubhouse after the game.

“Hopefully it won’t be something that it’s too long. Probably take us up to the All-Star break.”

After struggling in his first two months of his debut season in the Bronx, including three games at the end of March, Stanton managed just 11 homers and hit .245.

He settled in and improved in June with eight homers and a .298 average.

“Yeah I can always get better. So yeah, I got to put it together but there’s some balls that I’ve hit hard that could have been in the air, been better,” said Stanton, who’s 6 for 18 (.333) with two home runs and five RBIs through the first four games of July.

“But that’s talking millimeters of (a) difference here. But in terms of in the box, I feel very close.”

Aaron Judge added his 24th homer of the season in the seventh inning. He’s now homered in three of his past four games.

The 28-year-old, who’s spent most of his first 10 professional seasons in the minors, except for a nine-game hitless stint last season, was surprised at what he’s been able to accomplish since his promotion June 25.

“I wouldn’t have thought that my first three hits in the major leagues would be homers, but the most important thing here is winning,” Higashioka said.

Sabathia (6-3) followed his impressive showing last Friday against Boston, the team with the best record in baseball, working out of a couple of jams for the Yankees, who have won six of their past eight after getting swept in three games at Tampa.

National League East-leading Atlanta loaded the bases with two outs in the first, but the 37-year-old struck out 20-year-old phenom Ronald Acuna Jr. on an 88 mph cutter.

“That’s a good lineup. They have a very good team, some good hitters,” Sabathia said. “Even when I felt I was in control I still had to make pitches. They made me work today.”

The Braves have lost their past two games.

The Yankees got to Teheran again in the third.

With a runner on first and two outs, Aaron Hicks walked. Stanton then fell behind 0-2 before hitting a line drive to the right field bleachers for his 21st homer of the season to make it 4-0.

After retiring the first two batters in the fourth, Teheran fell behind 2-0 against Higashioka before the rookie connected to the left field stands, extending the lead to 5-0.

“You can’t make mistakes to this team,” Braves manager Brian Snitker said. “The way that ball flies around in right center and over, it’s just dangerous. That’s why they are who they are. In spurts, he threw the ball really well.”

The Braves cut the deficit to 5-1 on an RBI grounder from Danny Santana with one out in the fifth. Johan Camargo hit his ninth home run of the season with two outs in the sixth that made it 5-2. But Sabathia limited the damage by retiring Dansby Swanson on a grounder to second with a runner aboard.

Atlanta failed to take advantage in the seventh inning against reliever Chad Green when its first two batters reached on a pair of singles. Green then got three fly outs to end the threat.

PUT ME IN COACH

With New York set to play 11 games in 10 days, beginning Friday at Toronto, Yankees manager Aaron Boone said he wanted to be “greedy” with Thursday being their only day off, and held Austin Romine out of the starting lineup for the fourth consecutive day. Higashioka started for the fourth straight time behind the plate.

The Yankees have been short-handed at catcher since Romine left the game on June 29 against Boston in the seventh inning because of a tight left hamstring. Gary Sanchez has been on the 10-day disabled list since June 25 because of a strained right groin.

Braves: 1B Freddie Freeman, who was hit by a pitch in the third inning, left the game after the fourth because of a contusion in his right upper arm. He expects to be back in the lineup Thursday in Milwaukee.

“I tried to go down in the cage and swing and pretty much topped the ball off the tee,” Freeman said. “I couldn’t really extend the arm going through the zone. I had no strength. It just kind of swelled up and it looks like a baseball on my tricep right now.”

LHP Luiz Gohara, the No. 3 prospect in the Atlanta organization, arrived about 90 minutes before the first pitch after he was called up from Triple-A Gwinnett for the second time this season. RHP Evan Phillips, who threw 2 1/3 innings Tuesday night, was sent down to Triple-A.

Sabathia’s win was the 243rd of his career, tying Hall of Famer Juan Marichal for 53rd on baseball’s career list.

Braves: Max Fried (1-2, 2.55 ERA) starts the opener of a four-game series at NL Central-leading Milwaukee on Thursday. Fried struck out 11 over 6 2/3 scoreless innings in his previous start against St. Louis.

Yankees: Sonny Gray (5-6, 5.44) gets the nod for the first of three games at Toronto as New York heads out on an 11-game, three city trip. Gray has lost his past two starts, giving up 10 runs and 13 hits in nine innings. 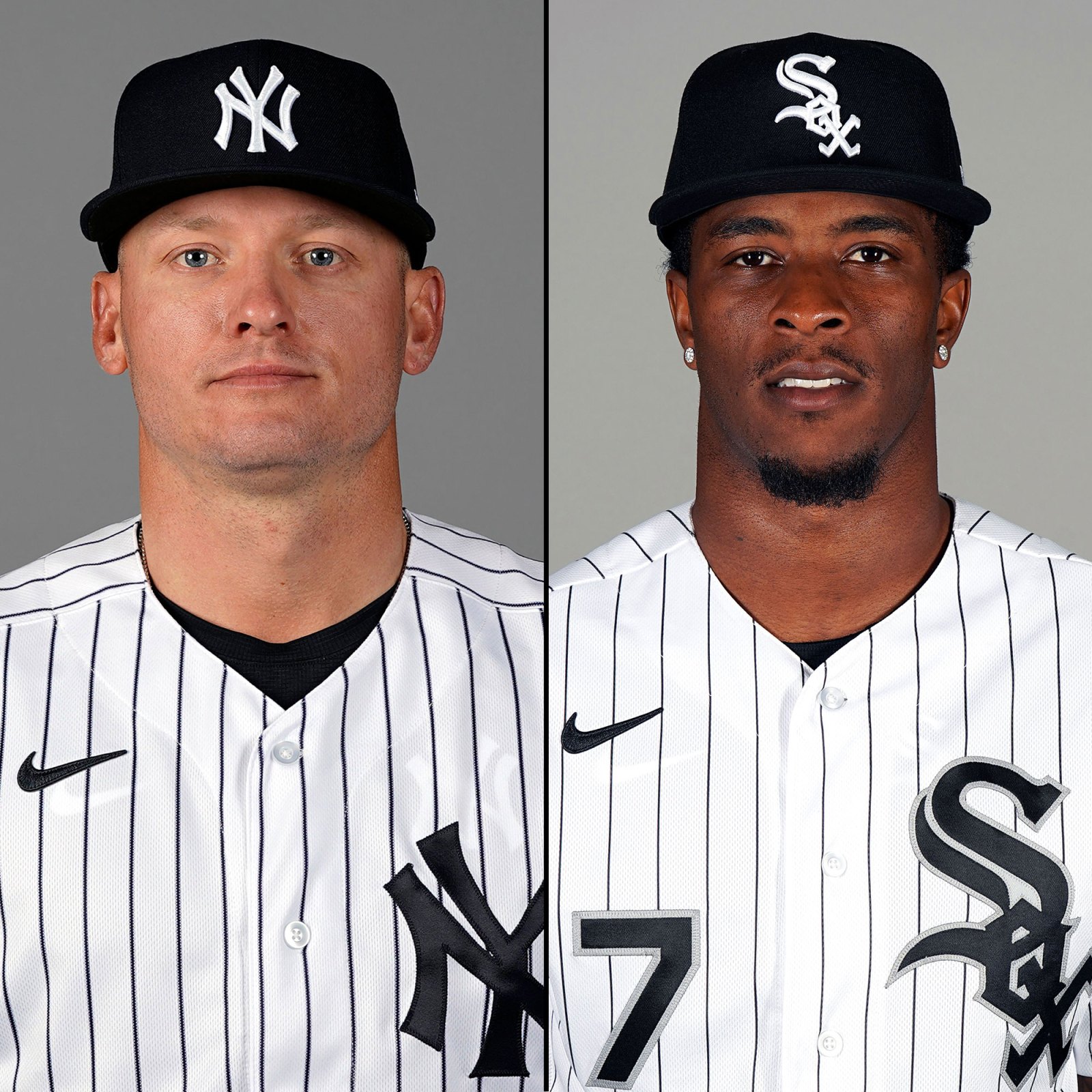 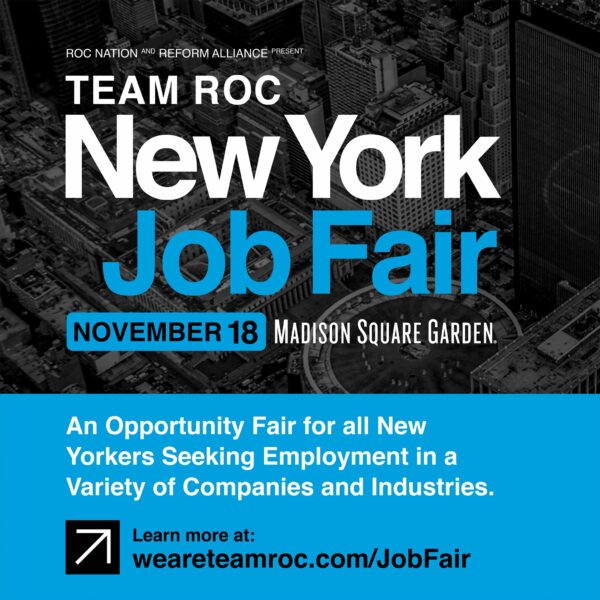 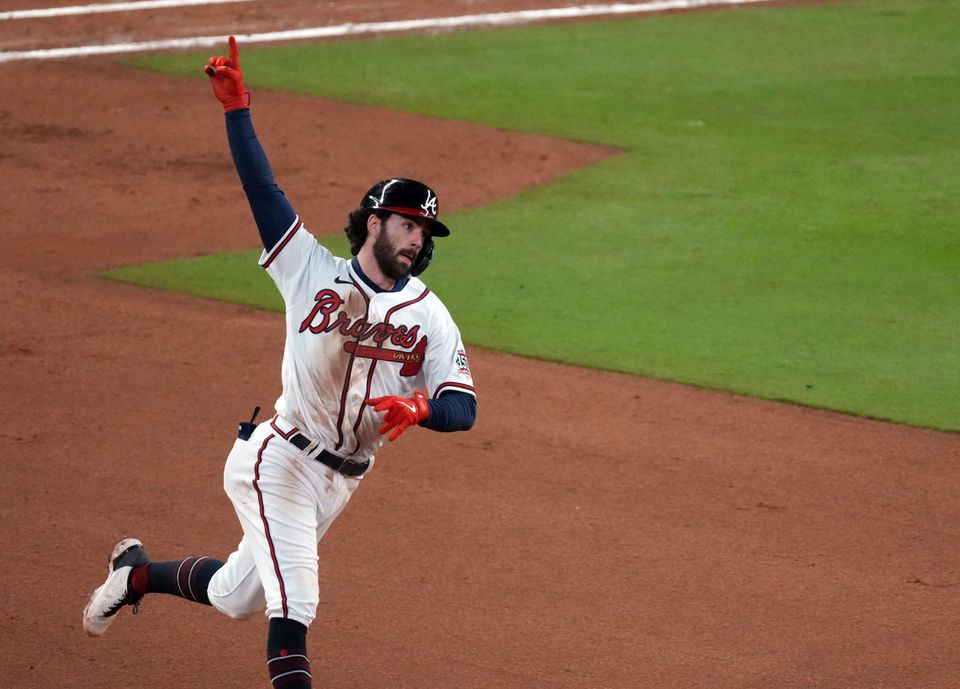 Braves’ Dansby Swanson Credits his Lord and Saviour Jesus Christ for World Series Heroics: ‘The Peace That He Gives Me Is Remarkable’ 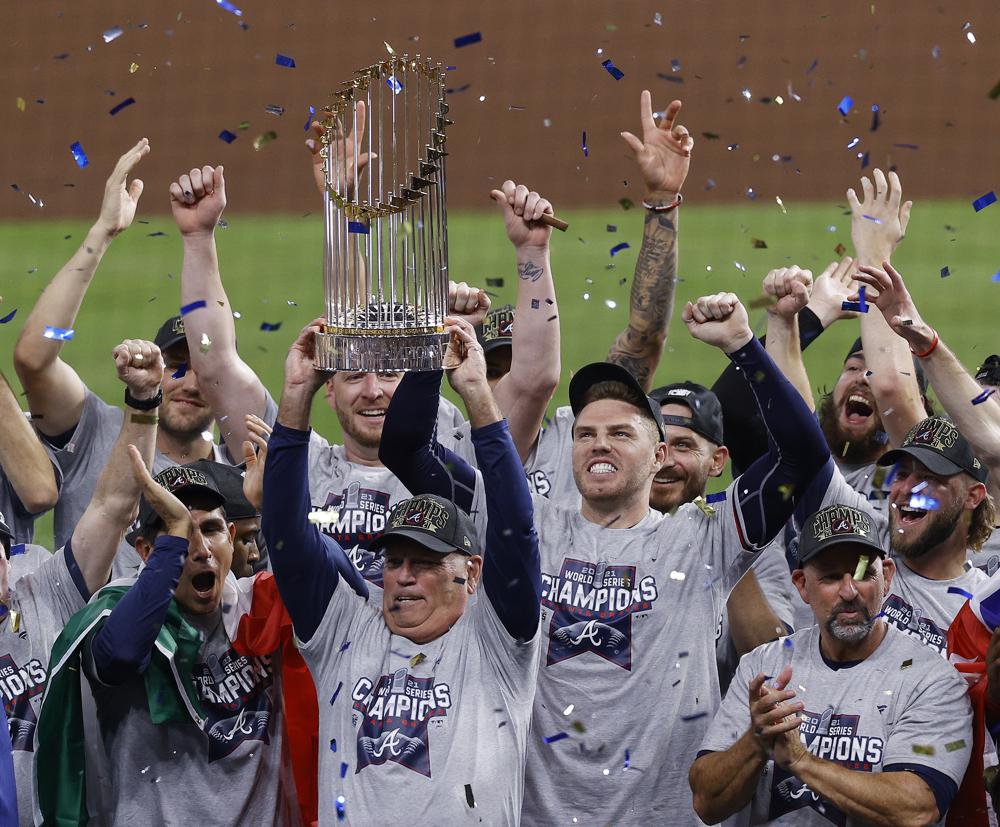