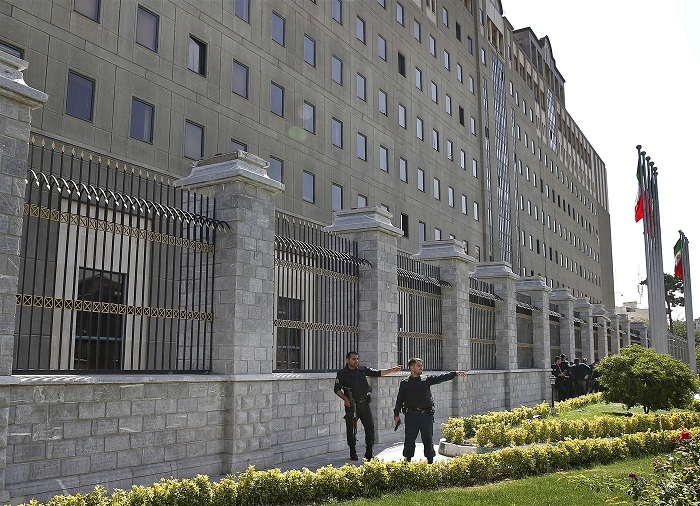 Iran executed eight men convicted over the 2017 Islamic State attack on parliament and the shrine of the Islamic Republic’s founding ayatollah, the bloodiest terror attack to strike Tehran in decades, authorities said Saturday.

The June 7, 2017 attack has so far been the only assault by the Sunni extremists inside of Shiite Iran, which has been deeply involved in the wars in Iraq and Syria where the militants once held vast territory. IS has since have been beaten back by Iranian-aided Shiite militias in Iraq, as well as by a U.S.-led coalition operating in both countries, though Iran has made other arrests involving the group in the time since.

The judiciary’s official Mizan news agency announced the executions Saturday morning, but did not say when or where they took place. The head of Tehran’s Justice Department, Gholamhossein Esmaili, told Iranian state television that authorities conducted the executions days earlier but chose not to immediately announce them, likely as a security measure.

Executions in Iran are carried out by hangings.

Mizan noted in its report that the executions came after the eight men had been tried and convicted in a trial that included both eyewitness testimony and video footage showing their involvement by providing the attackers support in the days leading up to the assault.

“These eight worked directly … in martyring and wounding a number of innocent compatriots,” Mizan said.

The news agencies on Saturday named those executed as Soleiman Mozafari, Esmail Sufi, Rahman Behrouz, Majed Mortezai, Sirous Azizi, Ayoub Esmaili, Khosro Ramezani and Osman Behrouz. Over a dozen others remain on trial over the attack.

While Iran is one of the world’s top enforcers of the death penalty, such mass executions are rare. In August 2016, human rights activists criticized Iran for carrying out the mass execution of 20 convicted Sunni militants from a group identified as Jihad and Tawhid after a six-year trial. In August 2007, Iran hanged seven men convicted of rape in Mashhad at the same time.

The June 2017 Islamic State attack killed at least 18 people and wounded more than 50. It saw gunmen carrying Kalashnikov assault rifles and explosives storm the parliament complex where a legislative session had been in progress, starting an hours-long siege.

The assault shocked Tehran, which largely has avoided militant attacks in the decades after the years-long tumult surrounding the Islamic Revolution. The image of a child being passed out of a window at parliament under the watch of armed security forces remains seared in the minds of many.

Iran’s security forces responded with heavy force. Authorities arrested suspected IS militants, including their wives. In August 2017, Iran’s Intelligence Ministry said it detained 27 militants linked to the Islamic State group who planned to attack holy Shiite cities within the country.

Iran’s paramilitary Revolutionary Guard responded to the attack by launching six ballistic missiles into eastern Syria targeting IS militants. It marked the first time Iran had fired its missiles in anger since its 1980s war with Iraq.

That raised new concerns in the West about its ballistic missile program amid the unraveling of its nuclear deal with world powers. That deal is now in danger of collapse with America’s withdrawal from the accord. Economic problems, water scarcity and other woes meanwhile have led to protests in Iran.

Iran remains one of the world’s top executioners. It was second only to China in 2017 in the number of known executions carried out, conducting over 500 hangings, according to Amnesty International.

The IS executions come as controversy still swirls in Iran around the country’s mass executions of 1988 near the end of the Iran-Iraq War. Activists at the time said Iran executed as many as 5,000 people after sham trials of Communists, Kurdish separatists, political prisoners and members of an Iranian exile group known as the Mujahedeen-e-Khalq.

Those executions represent one of the darkest moments of Iran’s post-revolution history and are still not recognized by its government. 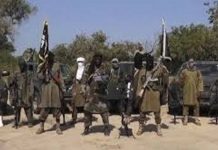 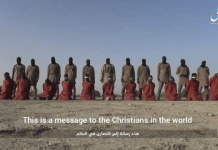 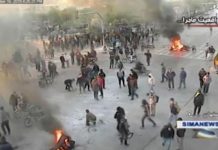 Iran Admits to Killing Hundreds of Protesters, Leader Says Civilians Should Be ‘Crucified’ for Revolting 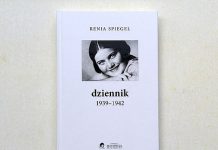 Secret Diary of Renia Spiegel, Who Lived in Jewish Ghetto During Holocaust Before She Was Shot Dead at Age 18 in 1942, will be Published...