Simona Halep finally got the major breakthrough that she had been waiting for. American Sloane Stephens, however, didn’t make it easy.

Halep added Grand Slam trophy No. 1 to her No. 1 ranking, coming back from a set and a break down to beat Stephens 3-6, 6-4, 6-1 Saturday and win the French Open championship in a match made up of lengthy points and key momentum swings.

“When I was down a break in the second set,” Halep told the crowd afterward, “I thought, ‘Everything is gone. I’m going to start to relax and enjoy the match.'”

The 26-year-old Romanian began the muggy afternoon on Court Philippe-Chatrier having been to this stage before but never able to display her best. She lost in two previous appearances in a final at Roland Garros, against Maria Sharapova in 2014 and Jelena Ostapenko in 2017. Halep then fell to 0-3 with a trophy on the line at the Australian Open in January, where she was beaten by Caroline Wozniacki.

“I just tried not to repeat the same as last year,” Halep said. “I did everything I could.”

She became just the fourth woman since the introduction of the WTA rankings in 1975 to win her first major after being ranked No. 1, joining Kim Clijsters, Amelie Mauresmo and Caroline Wozniacki.

Halep began slowly, unable to solve Stephens, the 10th-seeded American who won her first Grand Slam at last year’s US Open. Both women are adept at defense, figuring out ways — via speed, strength, skill and instinct — to get nearly every ball back over the net. They’re also both able to switch to offense in a snap.

Those traits lent themselves to engaging exchanges of 10 strokes, 20 strokes or more — violent smacks, not looping shots — sometimes interrupted by spectators who would gasp or begin to clap, thinking that a point was over when it still wasn’t.

Early on, it seemed effortless for Stephens, who broke for a 3-1 edge when Halep put a forehand in the net.

When Halep ended a 14-stroke point by pushing a backhand wide, Stephens owned the first set. She wheeled toward her box, which included U.S. national soccer team player Jozy Altidore, and shook a fist.

Prior to Saturday, the winner of the first set had won 43 of the past 46 women’s major finals.

After Saturday, Halep joined Martina Navratilova (1978 Wimbledon) and Jelena Ostapenko (2017 French Open) as the only women in the Open era to win their first major title after coming from a set down to win in the title match.

Stephens continued at the start of the second set, breaking Halep and then holding serve for a 2-0 lead. It appeared she was on her way.

And then, suddenly, everything changed. Stephens started missing. A double fault here. A forehand into the net there. A backhand wide. Another long.

Halep took 15 of 18 points and four games in a row. The player who was up a set and 3-0 in the second in last year’s final at the clay-court Grand Slam tournament was now the one able to dismiss a deficit.

While Stephens temporarily halted her slide, getting to 4-all, Halep used two consecutive powerful forehand winners to hold in the next game. She broke to grab the second set when Stephens sailed a backhand wide, all part of a seven-game run that made it 5-0 in the third.

When the match ended, Halep dropped her racket at the baseline and covered her face with her hands. Soon enough, she was climbing up into the stands to share a big hug with her coach, Darren Cahill.

It was Stephens’ first loss in a tournament final after going 6-0 in her previous appearances.

“Not the trophy I wanted,” Stephens said, looking at her runner-up plate, “but it’s still beautiful.”

The 25-year-old from Florida was the first American other than Venus Williams or Serena Williams to reach the French Open final since Jennifer Capriati won it in 2001.

Stephens fell to 0-7 against No. 1-ranked players during her career. 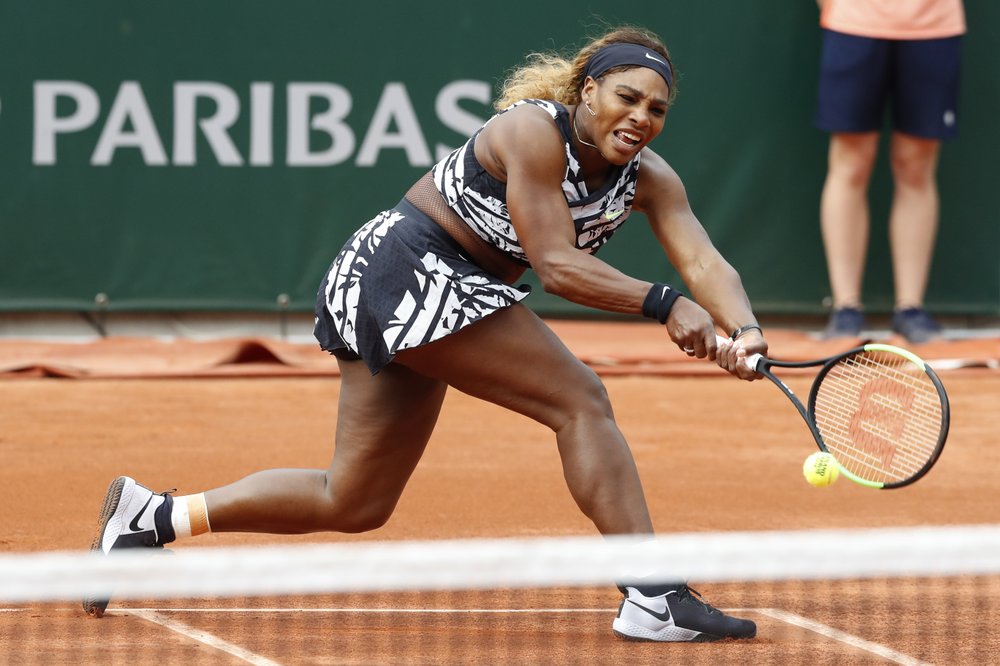 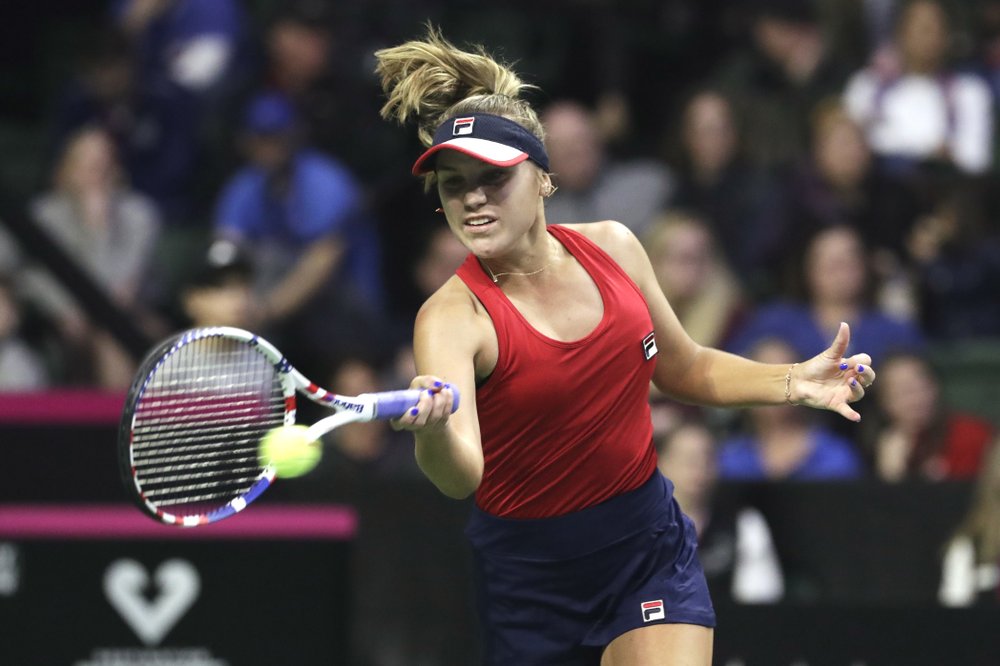