A 75-country mission trip would be unfeasible for most Christians, but for filmmaker Jon Erwin, reaching that many countries with the Gospel doesn’t require a passport or an overseas flight.

Thanks to his surprise hit film “I Can Only Imagine,” Erwin will reach 75 countries and six continents with the message of Christ by the end of the year — and he hasn’t had to leave his home state of Alabama.

The film released on DVD, Blu-ray and digital platforms in the U.S. in June but is still playing in theaters elsewhere. Theaters in Chile, Nicaragua, Paraguay and South Korea showed it in June, and it’s scheduled to open in Germany in September. It previously played in Australia, Hong Kong, South Africa and Russia. All total, theaters in 75 countries either have released it or have future plans to do so. The film opened at No. 1 in the U.S. in DVD sales and rentals during its first week of release this month.

Erwin, along with his brother Andrew directed “I Can Only Imagine” (PG), which tells the story behind the famous MercyMe song and details how lead singer Bart Millard’s abusive father came to Christ late in life.

“Many people who are hostile to the worldview of the movie are paying for the right to distribute it in other countries, which is amazing,” Jon Erwin told Baptist Press. “But that’s the power of mass entertainment.”

It’s also the power of hit movies. Erwin’s two previous films — 2014’s “Mom’s Night Out” and 2016’s “Woodlawn” — finished below expectations at the box office and, subsequently, had limited reach internationally. “Woodlawn” played in only one other country (South African) while “Mom’s Night Out” reached three (Australia, South Africa and Sweden), according to data at BoxOfficeMojo.com.

But “I Can Only Imagine” over-performed at the box office, finishing in the Top 5 in total gross in its first three weekends and, so far, is the No. 1 independent film of 2018. As of mid-June it had grossed $83 million domestically, making it the sixth highest-grossing faith film of all time, following “The Passion of The Christ,” the three “Narnia” films, and “Heaven is for Real,” according to BoxOfficeMojo.com.

In fact, “I Can Only Imagine” made more money in its first weekend in March than “Woodlawn” did in its entire run. It also did better than big-money Hollywood films. Warner Brothers’ “Tomb Raider” had a production budget of $94 million and was released the same weekend as “I Can Only Imagine” but ended its run grossing $57 million — less than the $83 million of “Imagine,” which had a $7 million budget. Similarly, Universal’s “Pacific Rim Uprising” had a budget of $150 million and was released around the same time but finished its run with only $59 million.

It is but the latest faith-based hit to get international attention. For example, “Miracles From Heaven” (2016) played in nearly 30 countries, while “War Room” (2015) reached 15 countries.

The success of “I Can Only Imagine” was a welcome surprise for the Erwin brothers, who had received positive feedback from moviegoers on “Woodlawn” and “Mom’s Night Out” only to watch those films disappoint at the box office.

“It was fun to see the audience shock the industry,” Erwin told BP. “There’s really no way to explain it except God’s hand of blessing. It was poured out on the film in a way that none of us can really describe.” 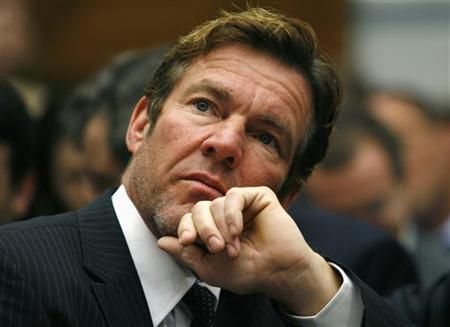