Baylor University’s  Truett Theological Seminary has released the results of a survey naming the most effective preachers in the English-speaking world. Twelve preachers were selected out of 800  nominees.

According to Religion News Service, “Preaching experts in the Academy of Homiletics and the Evangelical Homiletics Society judged how much nominees’ preaching matched criteria that included their selection of biblical texts, the relevance of their sermons, and their ability to deliver them in language people can understand.”

W. Hulitt Gloer, director of the Kyle Lake Center for Effective Preaching at Truett Seminary, said, “In a world where talk is cheap and there seems to be no end to it, the preacher has to recover the priority and power of the word. Words are the tools of the preacher and that gives them incredible power.”

Below is Baylor’s summary of each of the preachers — the 12 most effective in the English-speaking world.

The 12 individuals named as the most effective preachers in the English-speaking world, according to George W. Truett Theological Seminary’s national survey are: 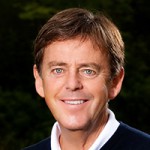 Dr. Alistair Begg is the Senior Pastor at Parkside Church in Cleveland, Ohio, a position he has held since 1983. He is also the Bible teacher on “Truth For Life,” which can be heard on the radio and online around the world. Begg is a council member of the Alliance of Confessing Evangelicals. For “outstanding dedication to preaching, church leadership, and evangelism,” Westminster Theological Seminary bestowed Begg as an honorary doctor of divinity. He also received an honorary doctorate from Cedarville University. In addition to Begg’s pastorate and preaching, he has written numerous books. 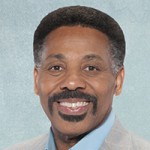 Dr. Tony Evans is the founding pastor of Oak Cliff Bible Fellowship in Dallas, Texas. The church began with 10 members meeting in his home in 1976 and now has a membership nearing 10,000. Evans is the first African American to earn a doctorate of theology from Dallas Theological Seminary (DTS) and has taught classes in the past at DTS. He is a pastor, speaker, author, radio and television broadcaster, and has been the chaplain for 30 years for the NBA basketball team the Dallas Mavericks. 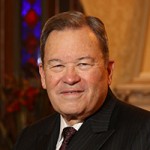 Dr. Joel C. Gregory holds the George W. Truett Endowed Chair in Preaching and Evangelism at George W. Truett Theological Seminary of Baylor University in Waco, Texas. He was recently recognized by Baylor and his peers for his 50th preaching anniversary. Gregory brought the concluding message at the Baptist World Congress in Durban, South Africa in summer 2017 and also serves on the Baptist World Alliance Commission on Worship and Spirituality. In that connection and with Baylor University Press, he edited and was the lead author of Baptist Preaching: A Global Anthology. 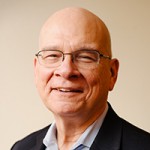 Dr. Timothy Keller is the founding pastor of Redeemer Presbyterian Church in New York City, New York. Keller is also the Chairman of Redeemer City to City, which starts new churches in urban cities worldwide. Christianity Today has said, “Fifty years from now, if evangelical Christians are widely known for their love of cities, their commitment to mercy and justice, and their love of their neighbors, Tim Keller will be remembered as a pioneer of the new urban Christians.” Keller has authored several books in the course of his ministry with a few making The New York Times bestsellers list. 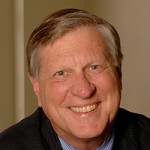 Dr. Thomas G. Long is the Bandy Professor Emeritus of Preaching and Director of the Early Career Pastoral Leadership Program at Emory University’s Candler School of Theology in Atlanta, Georgia. His introductory textbook, The Witness of Preaching, has been translated into a number of languages and is widely used in theological schools around the world. In 2010, Preaching magazine named The Witness of Preaching as one of the 25 most influential books in preaching for the last 25 years. Long gave the distinguished Lyman Beecher Lectures at Yale, which were published in his 2009 book Preaching from Memory to Hope. Long was named one of the 12 most effective preachers in the English speaking world by Baylor University’s 1996 survey. 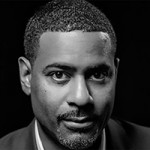 Dr. Otis Moss III is the pastor of Trinity United Church of Christ in Chicago, Illinois. He is a preacher, activist, author, and filmmaker. Moss is an ordained minister in the Progressive National Baptist Convention and the United Church of Christ. He is on the board of The Christian Century magazine and chaplain of the Children’s Defense Fund’s Samuel DeWitt Proctor Child Advocacy Conference. Moss has written numerous poems, articles, and books. His work has also been featured on Huffington Post, Urban Cusp, and The Root. 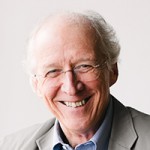 Dr. John Piper is the chancellor of Bethlehem College & Seminary in Minneapolis, Minnesota. Piper is a pastor, author, and leader of desiringGod.org. He served as pastor of Bethlehem Baptist Church in Minneapolis for 33 years and has authored over 50 books, many of which are best sellers and award winners. Piper has made most of his books freely accessible through his online ministry, desiringGod.org. 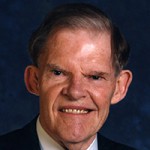 Dr. Haddon Robinson was the Harold John Ockenga Distinguished Professor of Preaching at Gordon-Conwell Theological Seminary. Robinson wrote more than a dozen books, including his hallmark text, Biblical Preaching, which is still used by seminaries and Bible colleges around the world. In 1996, he was named in a Baylor University poll as one of the “12 Most Effective Preachers in the English Speaking World.” In 2006, Robinson was recognized by Christianity Today in the top 10 of its “25 Most Influential Preachers of the Past 50 Years.” In 2008, he received the E.K. Bailey “Living Legend Award,” and in 2010, Preaching magazine named him among the “25 Most Influential Preachers of the Past 25 Years.” Dr. Haddon W. Robinson, longtime faculty member, former President of Gordon-Conwell Theological Seminary, and one of the world’s foremost experts in Biblical preaching, went to be with the Lord on July 22, 2017. 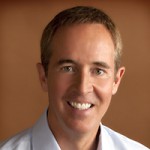 Pastor Andy Stanley is the senior pastor of North Point Community Church, Buckhead Church, Browns Bridge Church, Gwinnett Church, Woodstock City Church, and Decatur City Church. He is also the founder of North Point Ministries, which is a worldwide Christian organization. A survey of U.S. pastors in 2010 through Outreach Magazine identified Stanley as one of the top 10 most influential living pastors in America. 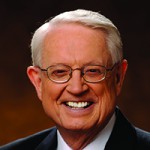 Dr. Charles Swindoll is a pastor, author, educator, and radio preacher. Swindoll is the senior pastor at Stonebriar Community Church in Frisco, Texas. He was named Clergyman of the Year by Religious Heritage of America in 1988 and was named one of the twelve most effective preachers in Baylor University’s’ 1996 survey. Swindoll ranked second in a 2009 survey as the biggest influence in the lives of Protestant pastors. His reach is through preaching, teaching, radio, and his more than 70 publications. Swindoll has been awarded four honorary doctorates for his contributions to ministry. 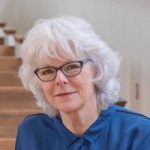 Dr. Barbara Brown Taylor is an Episcopal priest, professor, author, and theologian. In 1996, she was named one of the twelve most effective preachers in the English-speaking world by a Baylor University survey. She has served on many faculties, including the Certificate in Theological Studies program at Arrendale State Prison for Women in Alto, Georgia. Taylor has been awarded nine honorary doctorates, and in 2014, TIME magazine placed her in its annual TIME 100 list of most influential people in the world. (Photo Credit: Lane Gresham) 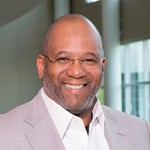 Dr. Ralph Douglas West serves as founder and senior pastor of The Church Without Walls in Houston, Texas. The church began with 32 members and now embraces more than 24,000 families meeting in three locations and conducting six services each Sunday. West serves as Adjunct Professor of Preaching at George W. Truett Theological Seminary of Baylor University. Through publications, television, and the internet, his messages are available across the world and are witnessed by thousands beyond his church each week. 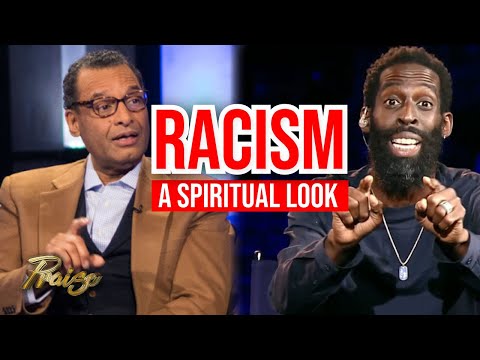