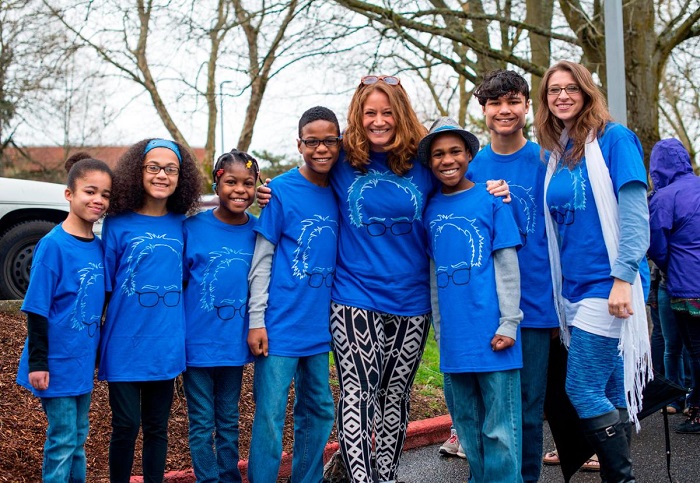 A woman was drunk when she drove her large family off a Northern California cliff last month and her wife and several children had large amounts of a drug in their systems that can cause drowsiness, authorities said Friday.

Police had previously said they believed the Hart family died in a suicide plunge from a scenic overlook. The crash happened just days after authorities in Washington state opened an investigation following allegations the children were being neglected.

Toxicology tests also found that her wife Sarah Hart and two of their children had “a significant amount” of an ingredient commonly found in the allergy drug Benadryl, which can make people sleepy. Toxicology results for a third child killed are still pending, Carpenter said.

Carpenter said none of the car’s occupants were wearing seatbelts.

Sarah and Jennifer Hart and their six adopted children were believed to be in the family’s SUV when it plunged off a cliff in Mendocino County, more than 160 miles (250 kilometers) north of San Francisco.

Authorities have said data from the vehicle’s software suggested the crash was deliberate, though the California Highway Patrol has not concluded why the vehicle went off an ocean overlook on a rugged part of coastline. A specialized team of accident investigators is trying to figure that out with help from the FBI, Carpenter said.

“We believe that the Hart incident was in fact intentional,” he said.

Carpenter said the family stopped in the small town of Naselle, Washington, near their Woodland, Washington, home, during their drive to the California cliff but that investigators are still trying to determine why they stopped there and whether they contacted anyone.

Five bodies were found March 26 near the small city of Mendocino, a few days after Washington state authorities began investigating the Harts for possible child neglect, but three of their children were not immediately recovered from the scene.

Two more are missing and another body has been found but not identified.

Devonte drew national attention after he was photographed in tears while hugging a white police officer during a 2014 protest.

A neighbor of the Harts in Woodland, Washington, had filed a complaint, saying the children were apparently being deprived of food as punishment.

Long before the crash, Sarah Hart pleaded guilty in 2011 to a domestic assault charge in Minnesota over what she said was a spanking given to one of her children.

And authorities have said social services officials in Oregon contacted the West Linn Police Department about the family in 2013 while they were living in the area.