A rebel faction trapped by government forces outside the Syrian capital agreed to evacuate to northern Syria on Sunday as reports swirled of a larger agreement that would have the government retake full control of the eastern Ghouta region after seven years of revolt.

Fighters from the Faylaq al-Rahman group left Douma on buses sent by the Syrian government to the rebel-held province of Idlib, SANA state news agency reported. Some 1,300 fighters, activists, and civilians signed up to leave the town, according to the Britain-based Syrian Observatory for Human Rights monitoring group.

It was the first organized evacuation of fighters from Douma, one of the earliest centers of the anti-government demonstrations that swept through the country in 2011. Security forces responded by putting the town and other suburbs around Damascus under siege, bombing hospitals and residential areas, and blocking the entry of food and medical relief.

Douma is a stronghold of the powerful Army of Islam rebel group. The town is one of the last around the capital to hold out against the government.

Later Sunday, a media outlet linked to the Syrian military reported that the Army of Islam also agreed to leave to north Syria, effectively transferring control of Douma to Damascus.

The deal would mark the end of a weeks-long push by the government to consolidate its control of the eastern Ghouta region just outside the capital.

Fighters from the Army of Islam would evacuate to Jarablus, a town in the northern Aleppo province that is shared between rebel and Turkish control. Turkey, with support from rebels, is running its own military operations against a U.S.-backed Kurdish party that controls territory along the frontier.

A local council for Douma would be formed with the approval of the central government, said the government-linked Central Military Media outlet.

Russia’s military also said Sunday that a preliminary agreement has been reached on the evacuation of Army of Islam fighters. Maj.-Gen. Yuri Yevtushenko, chief of the Russian center for reconciliation of the Syrian warring parties, said the fighters are to hand over maps of mined areas and underground tunnels while leaving Douma, as well as clear major transport routes of barricades.

Opposition officials, however, denied the reports. There was no comment from the Army of Islam.

The Army of Islam did not agree to leave the town, said Iyad Abdelaziz, a member of Douma’s current local council. He said “humanitarian cases” would be allowed to evacuate on Monday.

Dozens if not hundreds of residents are believed to require care for war wounds and medical conditions exacerbated by the siege of the town. The government routinely blocks aid groups from evacuating patients from besieged areas for medical care.

Local activists say over 100,000 civilians are trapped inside Douma, which suffered devastating damage during the latest government assault.

Ahmad Ramadan, a prominent opposition figure in exile, told the Saudi TV channel al-Arabiya that the Army of Islam was still engaged in talks with Russia over the future of the town. He said Turkey was also participating in the talks.

Faylaq al-Rahman did not have a significant presence in the Douma. They were instead pushed into the town by a recent government offensive that broke rebel lines and cleaved eastern Ghouta into three parts, said local media activist Ahmad Khansour.

The fighters in Douma were following their Faylaq al-Rahman comrades trapped in the other two Ghouta pockets that relocated to northern Syria last week. Government forces extended their control over those areas over the course of a five-week offensive that killed at least 1,600 civilians and displaced tens of thousands more, according to the Observatory, an opposition-linked group that monitors both sides of the conflict. 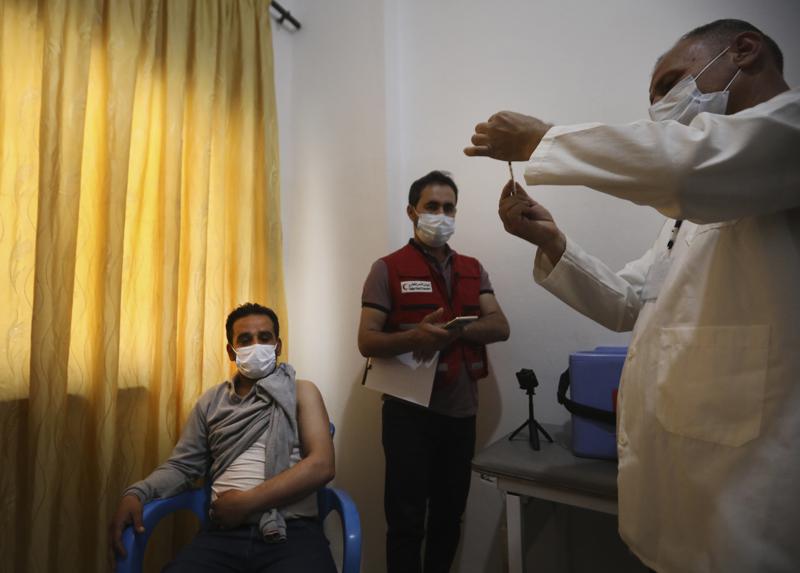