Paul Lawrence Morgan – “PJ Morgan” is best known as the Organist’s organist. The Washington, DC native grew up in a musical family, getting his exposure to the Hammond organ in a small Pentecostal church where his family served. After years of performing and playing in church, his big break into the music industry came when he was asked to fill in for a keyboardist who was unable to play for multiple award-winning Jazz musician Ben Tankard. Impressed with PJ’s creativity and productivity both on and off the instrument, Tankard moved PJ to Nashville to be his Music Director and to assist in building his record company. Since then, PJ has been on a blazing trail, playing in Gospel and mainstream genres, and earning well deserved accolades as a performer, producer, and teacher.
In his career span, PJ has become a renowned musician and producer sought after by some of the most recognizable artists in the music industry: Bishop Paul Morton, Dorothy Norwood, Ben Tankard, Tramaine Hawkins, Pastor Shirley Caesar and Maurette Brown-Clark. And, he has toured with Najee, Bobby Jones, Karen Clark Sheard, Ben Tankard, Yolanda Adams and William Becton.
PJ is a 3X Stellar Gospel Music Award nominee for Producer of the Year and is currently the band director at Reid Temple AME, one of the largest mega-churches in the United States with over 20,000 members and 3 locations in the Washington Metropolitan area. PJ graduated from Bowie State University with a Bachelor of Arts degree in Music Technology, and a minor in Classical Piano performance (Magna Cum Laude) and now teaches Composition and Theory at The Duke Ellington School of the Arts in Washington, DC. 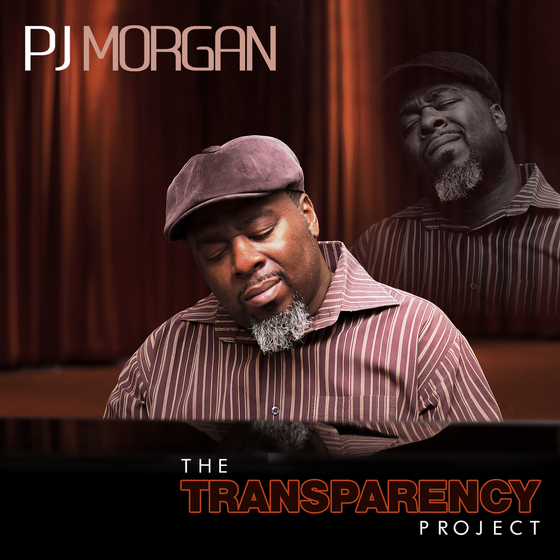 PJ has now recorded his debut solo instrumental jazz album THE TRANSPARENCY PROJECT. His new album showcases PJ’s musical brilliancy with original Smooth Jazz compositions “Hit The Floor” and “Closer”, and allows his church influence to flow through his dynamic organ arrangements of classic hymns “Yes God Is Real” and “As The Deer”. Vocalist Antonio Mclendon joins PJ on the beautifully orchestrated ballad “How”, while singer John Stoddart exudes all passion and heart on “All Out Of Tears”.
Listen To “Hit The Floor”.
“Hit The Floor” will be impacting Smooth Jazz Radio formats in May and is available now on all digital music and streaming outlets.
THE TRANSPARENCY PROJECT gives PJ an opportunity to step into the spotlight as the featured musician, songwriter and producer. THE TRANSPARENCY PROJECT is set to release June 1st via the Washington, DC based independent label 1DMV Music Group.
The Transparency Project Track List:
1. Closer
2. Hit The Floor
3. Last Time
4. All Out Of Tears
5. How
6. Gone
7. Choose Love
8. As The Dear
9. What I Friend
10. Yes God Is Real
Connect With PJ Morgan on social media
@PJMmorganMusic @PJ_Morgan
Booking: 1DMVMusicGroup.com / 202-505-9534
Marketing & Publicity: The Bellamy Group / [email protected]

Simply Stellar! Anthony Brown and Group therAPy Sweep the Stellar Awards With 10 Wins; Show to Premiere On TV One March 6

WATCH: First Look at Season 3 of “Thicker Than Water: The Tankards”