Authorities in Germany arrested former Catalan president Carles Puigdemont on Sunday after he crossed into the country from Denmark, setting up a possible extradition of the separatist leader to Spain.

Puigdemont’s attorney announced the arrest on Twitter and said his client had been taken to a police station. German police confirmed in a statement that Puigdemont had been arrested at 11:19 a.m. Sunday by highway patrol officers in Schleswig-Holstein, a state that borders Denmark.

German deputy state prosecutor Ralph Doepper, who is based in the northern town of Schleswig, told Bloomberg News that a court would decide at a procedural hearing Monday whether to keep Puigdemont in custody pending a Spanish extradition request.

Doepper said authorities had been tipped off that Puigdemont would be entering Germany, and multiple German media outlets reported that Spanish intelligence had been used to snare the ardent Catalan nationalist.

In Barcelona, thousands of pro-independence Catalans gathered to protest the arrest, leading to clashes with police, the Associated Press reported. Protesters also turned out in the northern city of Girona, where Puigdemont was mayor before he became regional president in 2016.

The arrest marked the latest in a series of maneuvers that have left Catalonia’s independence movement with few leaders who are not either being held in custody or sought as fugitives.

Puigdemont is wanted in Spain on charges of rebellion and sedition arising from his role in organizing an October referendum on Catalan independence. If convicted, he could face as many as 30 years in prison. 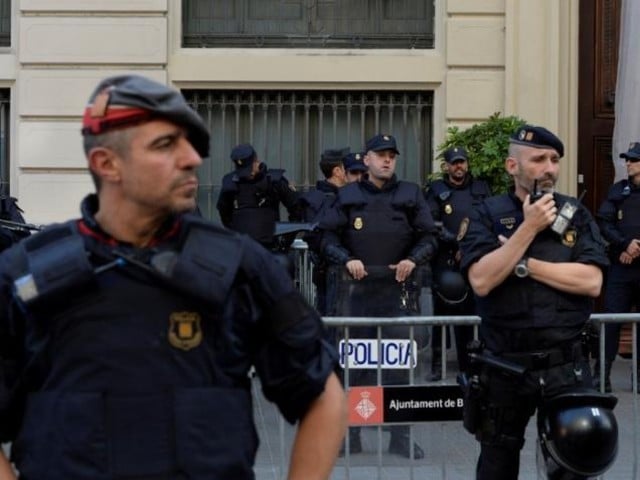