President Trump’s inaugural committee paid nearly $26 million to an event planning firm started by an adviser to the first lady, Melania Trump, while donating $5 million — less than expected — to charity, according to tax filings released on Thursday.

The nonprofit group that oversaw Mr. Trump’s inauguration and surrounding events in January 2017, the 58th Presidential Inaugural Committee, had been under pressure from liberal government watchdog groups to reveal how it spent the record $107 million it had raised largely from wealthy donors and corporations.

Its chairman, Thomas J. Barrack Jr., a longtime friend of Mr. Trump’s, had pledged that the committee would be thrifty with its spending, and would donate leftover funds to charity. In a statement released by the committee, he praised it for carrying out the inauguration and more than 20 related events with “elegance and seamless excellence without incident or interruption, befitting the legacy and tradition that has preceded us.”

But the mandatory tax return it filed with the Internal Revenue Service revealed heavy spending on administrative and logistical expenses associated with planning and executing several days’ worth of events for donors and supporters around Mr. Trump’s inaugural ceremonies.

By contrast, the return showed that the group’s charitable donations included only a previously publicized $3 million for hurricane relief, as well as a total of $1.75 million to groups involved in decorating and maintaining the White House and the vice president’s residence, and $250,000 for the Smithsonian Institution.

The 116-page filing indicates that the majority of the funds — more than $57 million — went to four event-planning companies.

The company that received the biggest payment — $26 million — was WIS Media Partners of Marina del Rey, Calif. Records show that the firm was created in December 2016, about six weeks before the inauguration, and its founder, according to a person familiar with the firm, was Stephanie Winston Wolkoff, a longtime friend of Mrs. Trump’s. Otherwise there is very little information available about the company.

Two people with direct knowledge of Ms. Winston Wolkoff’s role, who asked to remain anonymous, said she often invoked Mrs. Trump’s name with transition officials as she delivered instructions for the inauguration. But Stephanie Grisham, a spokeswoman for Mrs. Trump, said the first lady “had no involvement” with the inaugural committee “and had no knowledge of how funds were spent.” 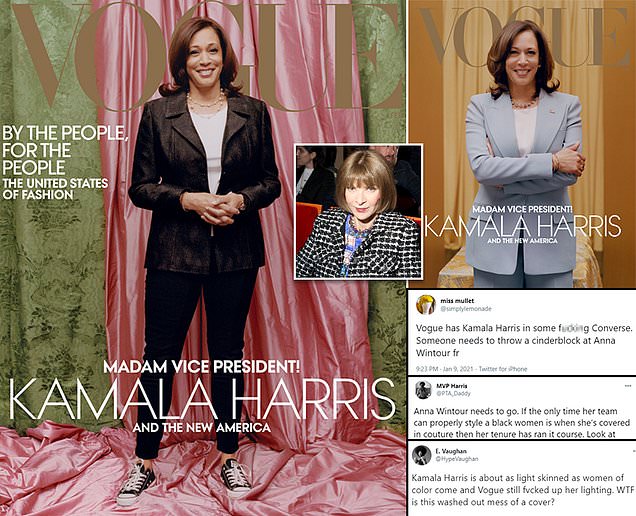 Fury erupts over Vogue’s February cover featuring Kamala Harris as critics slam magazine for ‘white-washing’ the VP-elect and dressing her in Converse – prompting...

WalletHub Ranks Utah as Most Charitable State in the U.S.