NBC commentator Tony Dungy has been attacked over his remarks that Philadelphia Eagles quarterback Nick Foles would ‘play well because his Christian faith would allow him to play with confidence’.

Foles is outspoken about his faith and has said he wants to be a pastor for high school students after he finishes his NFL career.

After the game, Dungy reported that ‘Foles told me last week that he felt the Lord had him in Philadelphia for a special moment and he played like it tonight.’

Some critics ripped into Dungy on Twitter, accusing him of ‘preaching on air’.

‘Really think the LORD is into football? Get a grip,’ wrote one critic.

‘Why would He not be?,’ replied Dungy, who spent much of Monday patiently replying to the scorn heaped upon him by online critics. 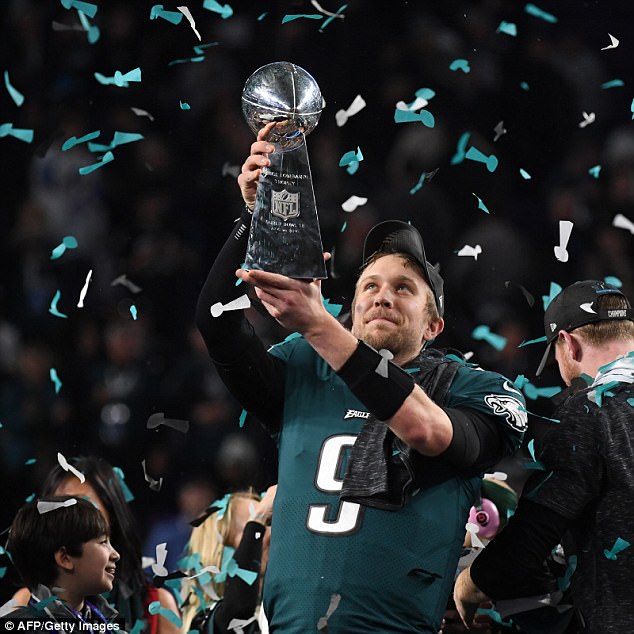 Nick Foles (pictured) said he gave ‘all the glory to God’ during the Super Bowl awards ceremony. The Eagles quarterback says he wants to be a youth pastor after the NFL 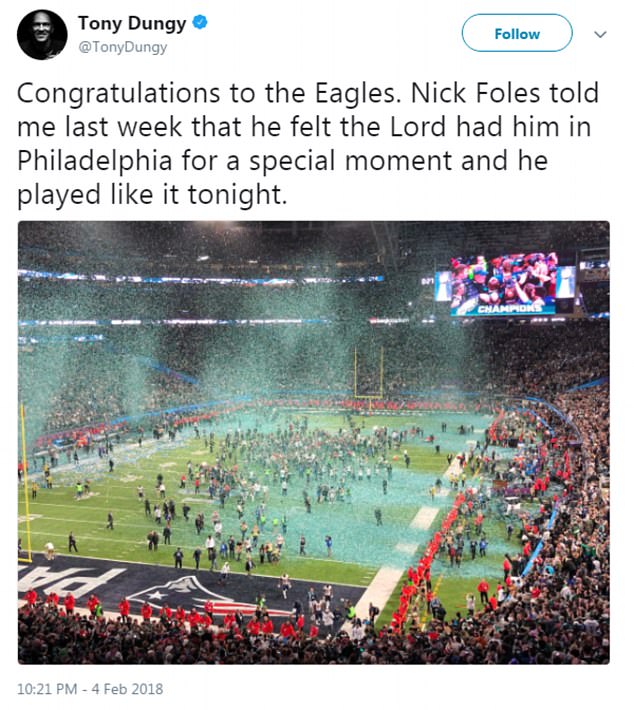 Some accused the former coach of somehow discrediting NBC with his remarks about faith. ‘Unbelievable you would use your employer, @NBCSports, to spout this nonsense on the air,’ one wrote.

‘NBC pays me to express my opinion,’ replied Dungy. ‘And it was my opinion that Nick Foles would play well because his Christian faith would allow him to to play with confidence. And that he’s a good QB. I think I was right on both counts.’

‘If he credited a coach for saying ‘Stay calm and be confident’ that’s good. But if he tells me Christ says that to him I shouldn’t report it???’ 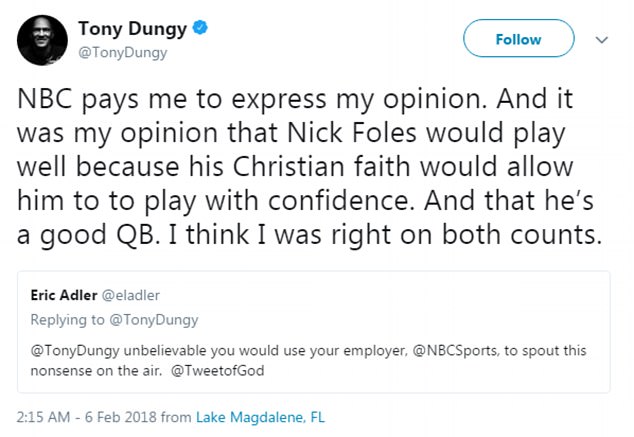 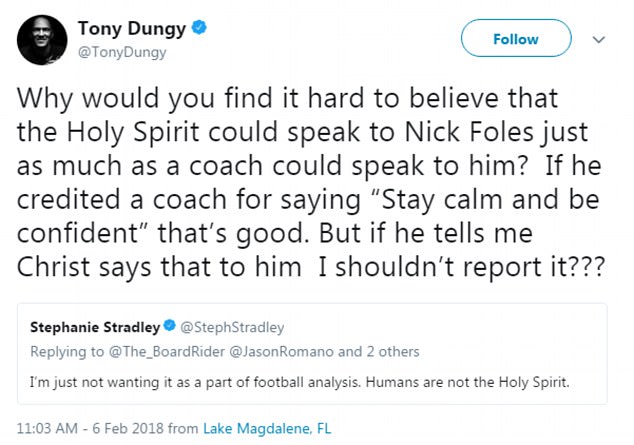 After the Eagles’ upset victory over the New England Patriots, Foles said he gave ‘all the glory to God’ during the nationally televised awards ceremony.

Many were surprised by the moment, with one Twitter user writing: ‘It’s just so rare for people to thank Jesus after they win. Amazing!!’

To Christian critics who said he was trivializing the religion by involving it with mere sports, Dungy replied that they had missed the point.

‘This was much bigger than the score of a football game,’ Dungy wrote.

‘How many young boys are going to look up to Nick Foles because of what he did in this moment? When they do they’ll see something about LIFE!’