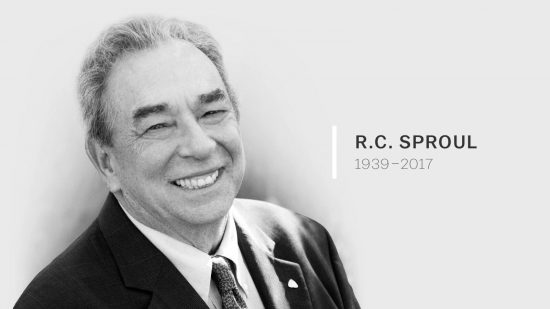 Evangelical leaders, including John MacArthur of Grace Community Church of Sun Valley, California, and John Piper of DesiringGod.com, have expressed their respects for the life of influential theologian R. C. Sproul.

The author of over 90 books and founder of Ligonier Ministries, Sproul passed away Thursday afternoon due to complications from chronic obstructive pulmonary disease. He was 78.

MacArthur, who has been involved in Ligonier conferences alongside Sproul, stated Thursday on the website for Grace to You that he considered one of Sproul’s great characteristics to be “his refusal to shy away from difficult doctrines or shape his teaching to suit whatever might be popular or politically correct at any given moment.”

“He and I once had a vigorous public debate on the subject of infant baptism. He was as bold and candid with me as he would have been with any other adversary,” wrote MacArthur.

“Although R. C. didn’t change his opinion on baptism, our friendship was not sabotaged but strengthened by the robust exchange of arguments and rebuttals. That’s precisely how our friendship worked behind the scenes as well.”

Piper explained in a tribute to Sproul that the theologian has heavily influenced his own views on many matters of faith, such as the sovereignty of God, the inerrancy of the Bible, and a “rigorous attention to the actual text of Scripture.”

“I am sure I owe him more than I can even recall. My reverence for the holiness of God and the truth of his word would not be the same without his influence,” noted Piper.

“He stayed close to the great doctrines of Scripture and their profound impact on life and ministry and church and missions. These have been the girders from which he has built a coherent, God-centered worldview.”

Born in 1939 in Pittsburgh, Sproul was ordained as a teaching elder in the Presbyterian Church in America. He founded Ligonier Ministries in 1971.

Sproul was involved in the crafting of the 1978 Chicago Statement on Biblical Inerrancy, a declaration of faith signed by approximately 300 evangelical scholars.

Canadian pastor and writer Tim Challies stated in his tribute to Sproul that while it’s “no small sorrow” to learn of his death, it is also “no small joy to learn that he has gone to be with the Lord.”