The Oregon Court of Appeals on Thursday upheld a $135,000 fine against two Christian bakers who refused to make a wedding cake for a same-sex couple.

The case began back in January 2013, when Aaron and Melissa Klein, owners of the since-closed Sweet Cakes by Melissa bakery just outside Portland, Oregon, cited their religious beliefs when declining to make a wedding cake for Rachel and Laurel Bowman-Cryer.

Following the incident, the Oregon Bureau of Labor and Industries found the Kleins in violation of a 2007 state law that protects the rights of LGBTQ people in employment, housing and public accommodations. In 2015, the couple was ordered to pay the Bowman-Cryers emotional distress damages.

On Thursday, nearly five years after the incident that ignited the case, the Oregon Court of Appeals sided with the state and upheld the penalty against the Kleins.

Rachel and Laurel Bowman-Cryer applauded the ruling through a statement released by their attorney.

“It does not matter how you were born or who you love. All of us are equal under the law and should be treated equally. Oregon will not allow a ‘Straight Couples Only’ sign to be hung in bakeries or other stores,” the couple stated.

Nancy Marcus, an attorney with LGBTQ legal and civil rights group Lambda Legal, which filed a friend-of-the-court brief in the case, said the ruling “is both critically important and completely unsurprising.”

“The court’s decision is unsurprising because it is consistent with decisions by courts across the country that have similarly refused to create a new constitutional right of businesses to exempt themselves from civil rights laws and harm same-sex couples through discriminatory denials of service,” Marcus told NBC News via email.

The First Liberty Institute, which represented the Kleins, expressed disappointment with the ruling.

“Today, the Oregon Court of Appeals decided that Aaron and Melissa Klein are not entitled to the Constitution’s promises of religious liberty and free speech,” Kelly Shackelford, the organization’s president and CEO, said in a statement. “In a diverse and pluralistic society, people of good will should be able to peacefully coexist with different beliefs. We are disappointed that the court ruled against the Kleins.”

The U.S. Department of Justice, led by Trump appointee Jeff Sessions, submitted an amicus brief in support of Phillips, arguing, “Forcing Phillips to create expression for and participate in a ceremony that violates his sincerely held religious beliefs invades his First Amendment rights.”

Marcus said she hopes the “fundamental constitutional principle recognized by the Oregon court” on Thursday will “be affirmed by the Supreme Court in Masterpiece Cakeshop as well.”

A decision in the Masterpiece Cakeshop case is expected by late June of next year. 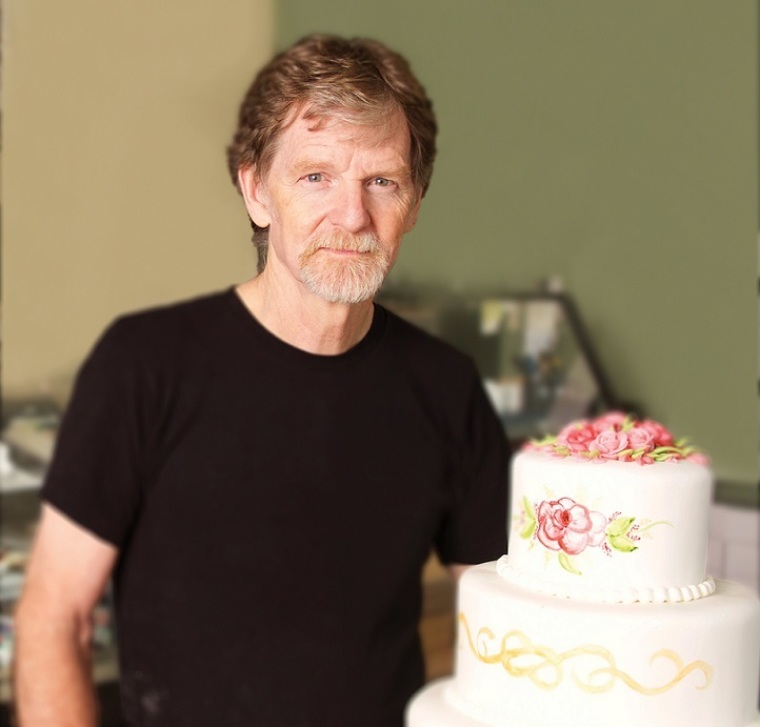