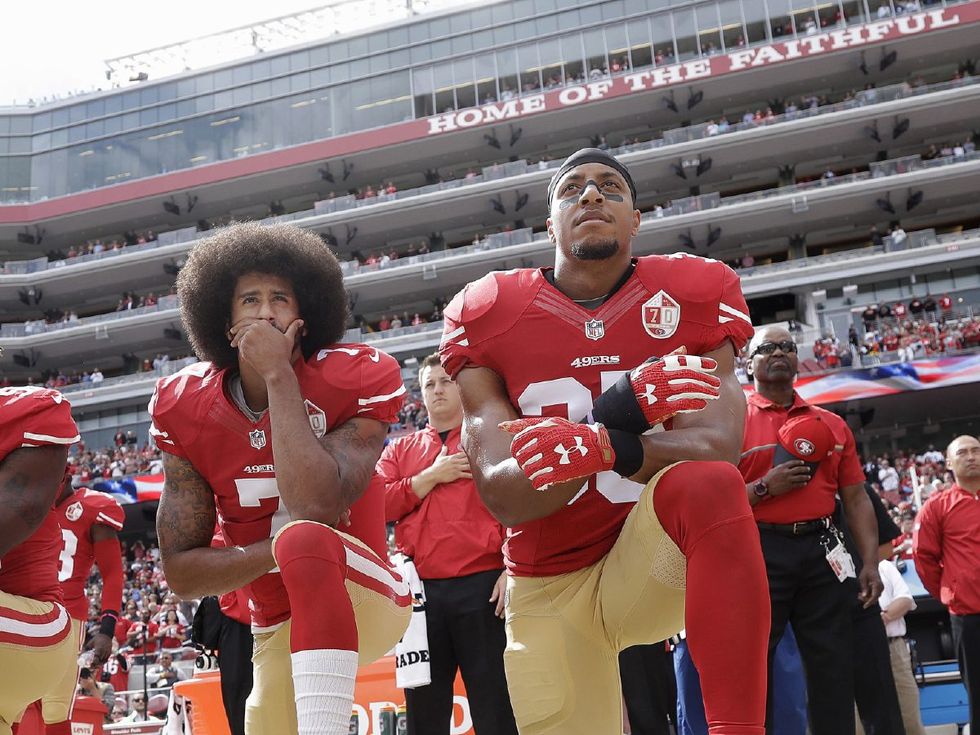 Would Jesus support Colin Kaepernick’s take-a-knee protest movement against social injustice? A number of Christian players in the NFL, such as Baltimore Ravens tight end Benjamin Watson, believe He would, but say they are frustrated by fellow Christians who continue to demonize efforts by players in the league to increase awareness and spur action against social injustice in America.

“We talk about what Jesus would do. Let’s think about that,” Watson, who has been standing for the national anthem, said in an ABC News report. “How should I biblically look at this situation? Is my response as an American going against what my response should be as a Christian? If I’m a Christian, I want to delight in the things that [Christ] delights in and those things are blind. They’re not based on color, creed or culture or money.

“Being kind is not predicated on what you can do for me. Justice is not predicated on if I experienced injustice or not. We can advocate for people who have experiences that we don’t even have. True justice is blind and righteous. Christians should be about expanding and promoting the Gospel. If you listen or think about the subject matter that players and people are concerned about, you could not as someone who reads Scripture turn a blind eye to it.”

Kaepernick, who is a professed Christian, became a lightning rod for racial animus when he began sitting and then kneeling to protest social injustice and police brutality during the performance of the national anthem while he was a member of the San Francisco 49ers last season.

When he opted out of his contract with the San Francisco 49ers to become a free agent in March then failed to get signed to a new team, the conversation over the protests during the national anthem went largely quiet. President Donald Trump reignited the debate in September by urging team owners to fire players who protest.

“Wouldn’t you love to see one of these NFL owners, when somebody disrespects our flag, to say ‘Get that son of a b—- off the field right now, out, he’s fired. He’s fired!'” Trump said during a campaign event for Sen. Luther Strange, according to AL.com.

The national debate that ensued after that showed how divided the church remains on the issue. Prominent Christian pastor Ron Carpenter Jr. was forced to apologize to his multicultural congregation after his wife, Hope, slammed the protests as being disrespectful to the flag. She later apologized.

Strong safety for the San Francisco 49ers Eric Reid said when he joined Kaepernick in kneeling during the anthem last year, he did so in a move to be a “voice for the voiceless,” inspired by a Bible verse found in Proverbs.

“It’s the foundation of why we started doing this,” Reid told The Associated Press. “We all have a love for people. The Bible tells us love your brother as yourself so that’s why we’re doing it.