Standing in the stadium tunnel near the U.S. locker room after the Collapse in Couva, captain Michael Bradley was asked over and over what went wrong.

How had the United States, a regional power that had made seven straight World Cup appearances, failed to qualify for next year’s tournament?

What led to the Americans’ stunning, crushing, almost farcical 2-1 loss to already eliminated Trinidad and Tobago that caused them to tumble to fifth in the six-nation final round of the North and Central American and Caribbean region.

A year of defensive breakdowns under two coaching staffs did in the U.S., which finished with three wins, three losses and four ties.

“We like to hang our hat on the fact that we outwork teams and we press teams,” goalkeeper Tim Howard said. “They won a lot of second balls tonight and put us under pressure.”

A relentless work ethic the Americans relied on for years was absent too often.

“You can’t go and score four, five goals every game. We have to be able to be hard to play against,” forward Jozy Altidore said. “We weren’t hard enough to play against too many times on these nights.”

In this cycle, the Americans not only lost their first home qualifier since the 2002 World Cup qualifying rounds, they lost two home games in a qualifying cycle for the first time since 1957 — during their 40-year absence from soccer’s top event.

“When you lose the first two games and you drop points on too many days, your margin for error goes away, and so you know you’re at the mercy of a night like this, where everything possible goes against you, both here and in the two other games,” Bradley said. “When we start the hex poorly, when we don’t take the points that we should on some other days, then you leave open the chance on the last day this can happen.”

Bradley is 30 and may not play in another World Cup. Howard (38) and Clint Dempsey (34) will never again appear on soccer’s biggest stage.

“If I said disappointment, it would be an understatement,” Howard said.

A look at what went wrong in qualifying for the United States:

The U.S. had been 30-0-2 in qualifying at home since a 3-2 loss to Honduras at Washington’s RFK Stadium in September 2001 and scheduled its opener of the hex against Mexico at Columbus, Ohio, where the Americans had won four straight qualifiers against El Tri by 2-0 scores. Miguel Layun put Mexico ahead in the 20th minute with a shot that deflected off defender Timmy Chandler and past Howard. Bobby Wood tied the score in the 49th, but in the 89th minute 37-year-old Rafa Marquez got away from defender John Brooks, who was blocked by Altidore, and Marquez nodded in Layun’s corner kick for the go-ahead goal in Mexico’s 2-1 win.

Costa Rica routed the visiting United States 4-0, the Americans’ first four-goal loss in qualifying since 1980. Brooks’ giveaway led to an attack culminating in Johan Venegas beating Brooks to a cross for the opening goal. Christian Pulisic’s turnover set up Cristian Bolanos’ goal, Brooks misplayed a looping pass leading to the third goal and Chandler was late to a cross as Joel Campbell scored his second of the night. Coach Jurgen Klinsmann was fired six days later and replaced by Bruce Arena, the U.S. coach from 1998-2006.

“There’s going to need to be some urgency,” Bradley said before boarding the team bus. “We’re going to have to look collectively real hard in the mirror at ourselves.”

Four days after a 6-0 rout of Honduras at San Jose, California, in the first competitive match of Arena’s return, Clint Dempsey’s 39th-minute goal gave the U.S. the lead at Panama City. Gabriel Gomez tied the score four minutes later when he beat Tim Ream and Jorge Villafana to a loose ball following a thrown-in for an open 4-yard shot past Howard. The score finished 1-1.

Arena changed seven starters with only two off days following a 2-0 win over Trinidad and Tobago at Commerce City, Colorado. Bradley’s 40-yard chip in Mexico City’s thin air put the U.S. ahead in the sixth minute at Estadio Azteca, but Carlos Vela equalized in the 23rd minute to finish a field-length move, cutting inside of 35-year-old left back DaMarcus Beasley for a 23-yard shot that beat goalkeeper Brad Guzan to the near post. The game ended 1-1.

Marco Urena spun around Ream, caught Howard leaning and beat the goalkeeper to the far post in the 30th minute. Urena doubled the lead in the 82nd with an 18-yard shot after David Guzman intercepted a poor pass by Geoff Cameron, giving Costa Rica a 2-0 win at Harrison, New Jersey.

Romell Quioto put Honduras ahead in the 27th minute at San Pedro Sula after defender Omar Gonzalez failed to clear the ball with a slide tackle and left an open shot. Wood’s 85th-minute goal salvaged a draw that kept the Americans in fourth place, behind Panama but ahead of Honduras on goal difference. “He just kind of like fell over the ball a little bit,” Arena said of Gonzalez.

A 4-0 rout of Panama days earlier in Orlando, Florida, moved the Americans back into third place and put them in position to qualify with a win over Trinidad and Tobago, almost certainly with a tie (because of goal difference) or even a defeat if Panama failed to beat Costa Rica and Honduras did not defeat Mexico. A loss coupled by either a Costa Rica or Honduras defeat would mean a two-game playoff for the U.S. next month against Australia.

But 28 years after the U.S. won at Trinidad and Tobago to return to the World Cup for the first time since 1950, the Soca Warriors went ahead in the 17th minute when Gonzalez tried to clear a cross but sent the ball off his left shin and looping over Howard. Alvin Jones scored on a 35-yard shot in the 37th and while Pulisic cut the gap in the 47th, Dempsey hit a post in the 77th, and both Panama and Costa Rica rallied from halftime deficits to win.

Isa Torres Says The Uvalde School Shooting Sends Me to Matthew 18. Jesus Gave Specific Instructions on Caring for the “Little Ones.” The Texas... 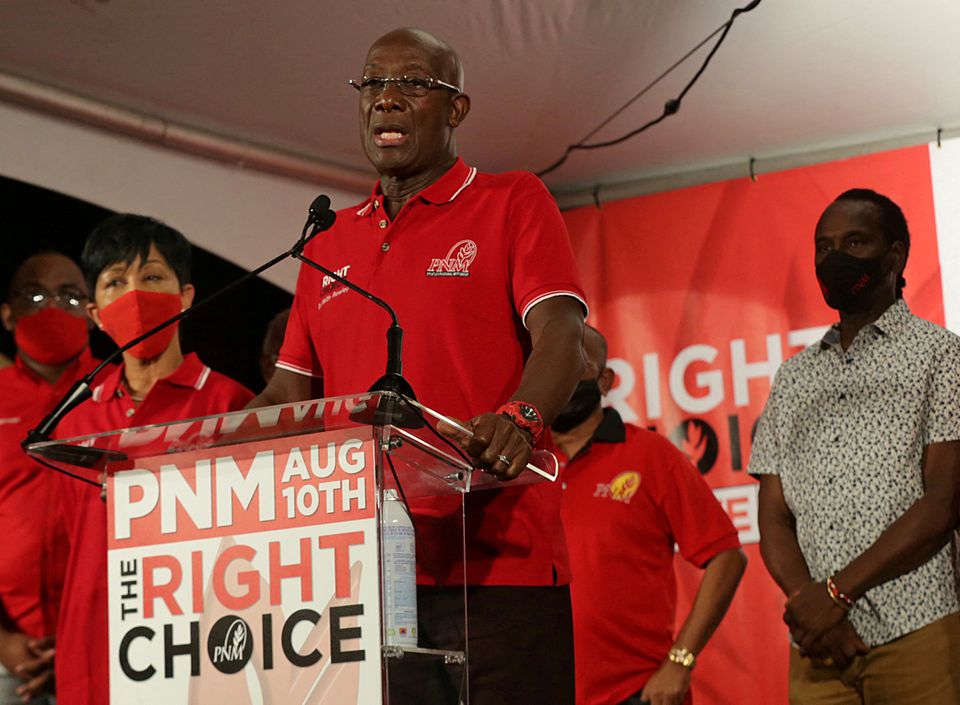