After Hurricane Maria knocked power out for nearly the entire population of Puerto Rico, the island’s infrastructure is devastated and initial reports estimate that it will take months before services can be completely restored.

On Thursday afternoon (Sept. 21), FEMA officials sought to organize a response in Puerto Rico with Southern Baptist Disaster Relief (SBDR) as well as American Red Cross and the Salvation Army.

“At 3 p.m. yesterday (Sept. 21), FEMA asked us to get a plan together to send teams to Puerto Rico to start serving 200,000 meals daily,” Porter said. “By 6 p.m., we had kitchens capable of feeding 100,000 meals a day committed to be driven to Florida, packed onto boats and shipped to Puerto Rico.”

NAMB and SBDR will continue coordinating throughout Friday (Sept. 22) to send the necessary teams to Puerto Rico. The goal is to have feeding units in transit to Puerto Rico from Florida on Monday (Sept. 25).

When Irma smashed through the Atlantic and the Caribbean a week and a half ago, the damage sustained in Puerto Rico was severe, but the island avoided a direct hit.

An SBDR kitchen from Alabama had been diverted from Puerto Rico to the U.S. Virgin Islands at the request of officials because of the damage sustained there. That unit (along with another) will be serving 5,000 meals a day in the Virgin Islands.

“The whole world is watching what’s happening with these historic storms,” Porter said. “Our response will tell Puerto Rico and the Virgin Islands that Southern Baptists care about you.”

The goal, Porter said, is to have between six and 10 kitchens sent to Puerto Rico and it will take between 200 and 300 volunteers to operate the kitchens and serve the needed meals.

“This is week five of responding since Harvey made landfall,” Porter noted. “A lot of our teams are tired and weary. We really need more Southern Baptists to step up in a big way in the next month.”

Porter urged volunteers to go and serve, especially if they have disaster relief training. Those without training are also welcome. 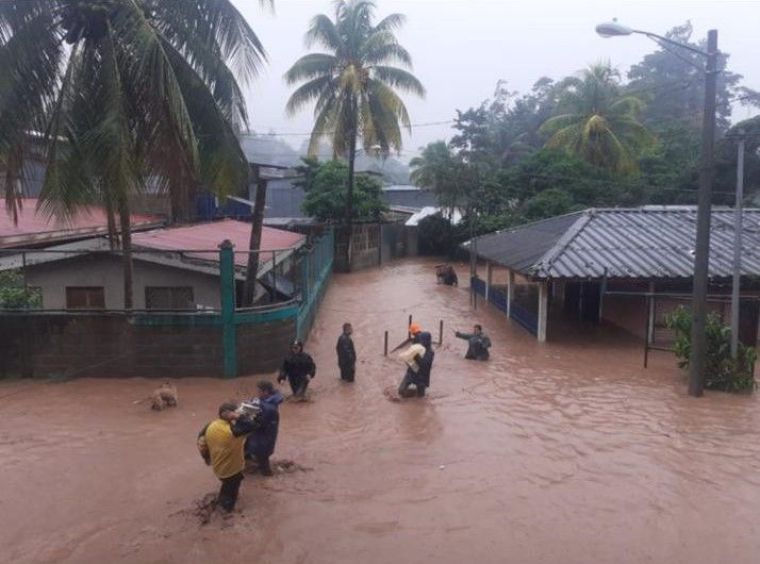