The wife of Zimbabwe’s president has been accused of assaulting a young woman at an upscale hotel in South Africa, though she did not show up for court Tuesday as police had indicated.

It was not immediately clear where Grace Mugabe was. Minister of Police Fikile Mbalula said in a video posted by local broadcaster eNCA that she had handed herself over to police. But a police spokesman, Vishnu Naidoo, later said no arrest had been made and police were talking with the suspect’s lawyers. He would not name the suspect.

The case draws yet more attention to the increasingly outspoken wife of the world’s oldest head of state, 93-year-old President Robert Mugabe. Last month she challenged her husband publicly for the first time to name a successor, positioning herself as a possibility as his advanced age takes a toll ahead of next year’s election.

Twenty-year-old model Gabriella Engels has accused Grace Mugabe of assaulting her Sunday night while she was visiting mutual friends of Mugabe’s sons in a hotel room in an upscale Johannesburg suburb. She claims the first lady’s bodyguards stood by and watched as Mugabe attacked her.

Engels posted several photos on social media showing a gash in her forehead, which she called a result of the alleged encounter.

“She flipped and just kept beating me with the plug. Over and over,” Engels told local news channel News24. “I had no idea what was going on. I was surprised . I needed to crawl out of the room before I could run away.”

Police confirmed that a 20-year-old woman registered “a case of assault with intent to do grievous bodily harm” on Monday, but said the suspect could not be named as she had not yet appeared in court.

“The investigation into this case has already reached an advanced stage,” a police statement on Tuesday said.

It was unclear whether Mugabe would qualify for diplomatic immunity if charges are brought against her.

There was no immediate comment by Zimbabwe’s government or ruling party. Zimbabwean press reported earlier this week that Mugabe, 52, was in South Africa seeking medical attention.

It was not clear Tuesday night whether Mugabe was still in South Africa or had returned to Zimbabwe.

“If she went back, I just hope the police can do something to get her back,” Engels told The Associated Press. “I don’t want her to get away with this.”

She said she had recently met the Mugabe brothers and that mutual friends invited her to hang out at the hotel. She said the brothers were not in the room the night of the alleged assault.

“I don’t know how she got into the hotel room. We didn’t know she was Robert Mugabe’s wife,” Engels said. “I only found out outside when blood was rushing down my face and back.”

Mugabe has been accused of assaults during other overseas trips, including a 2009 visit to Hong Kong in which a photographer accused her of beating him up.

72 People Killed in Riots and Looting in South Africa 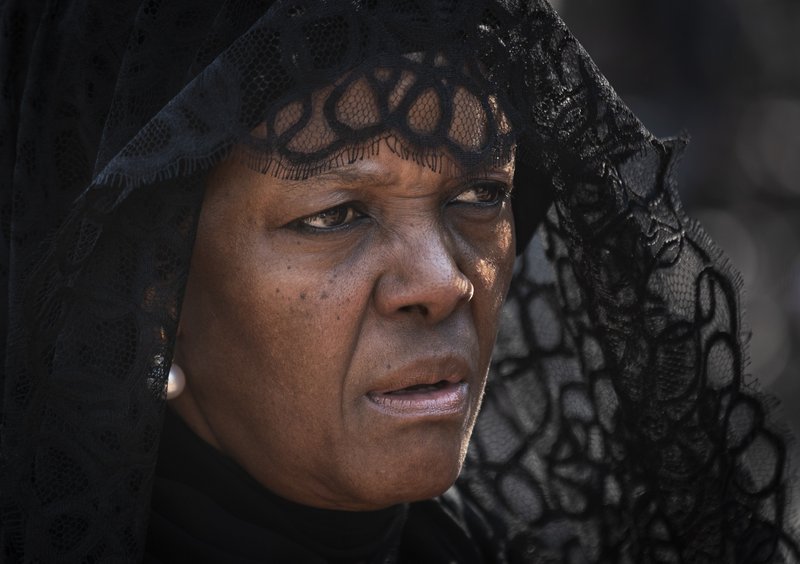