The loudest roar of these world track and field championships came on Saturday night as Usain Bolt lay facedown on the track and in great pain.

The roar had nothing to do with Bolt: It was about a surprise British victory.

After Bolt took the baton from his teammate Yohan Blake to run the anchor leg of Jamaica’s 4×100-meter men’s relay, their team was in third place. In years past, that would have been a minor obstacle for Bolt, the greatest sprinter in history. This time, he began to gather speed, only to pull up and shout in pain from what appeared to be a left leg injury about 60 meters from the finish line.

It was hardly the farewell party that Bolt had in mind when he decided to make this meet the final one of his career.

His failure to finish would normally have cast a pall over the rest of the race, but it has been a frustrating meet for Britain, the host country. And with Bolt on the ground and the Jamaicans out of contention, the gold came down to a sprint for the finish between Christian Coleman of the United States and Nethaneel Mitchell-Blake of Britain.

The Britons won by five one-hundredths of a second, finishing in 37.47 seconds to the Americans’ 37.52. As the official results flashed on the big screen, the crowd cheered for what was only Britain’s second gold medal of this meet and its first-ever world championship in the men’s 4×100 relay.

The night began with a disappointment for the hosts, as the British distance star Mo Farah’s 10-final winning streak at global championships ended in the 5,000 meters. Competing in what he said was his last track event before a switch to road racing, Farah could not produce his traditional devastating kick. He finished second behind Ethiopia’s Muktar Edris, and the American Paul Kipkemoi Chelimo won the bronze.

But the men’s relay turned the night around for Britain, and Mitchell-Blake celebrated by sprinting down the track again, this time with the baton between his teeth.

Meanwhile, Bolt’s teammates rushed to help him as he lay on the track in the same stadium where he and his countrymen set the world record in this event, 36.84 seconds, at the 2012 Olympics. 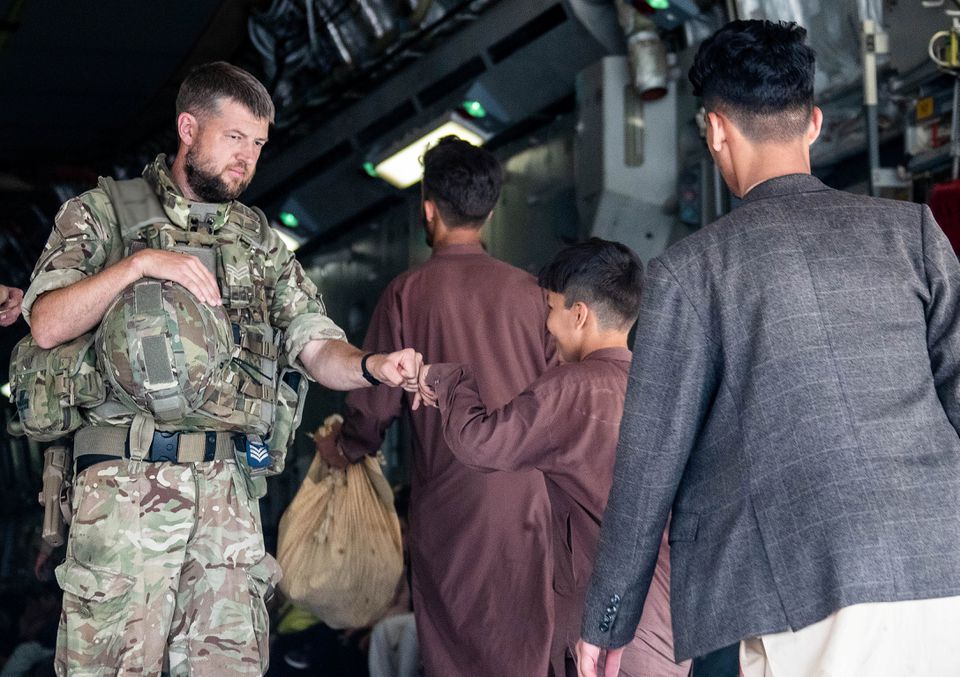 UK Says It Has Evacuated Over 7,000 People from Afghanistan