1. CT – Joel Hunter, the tech-savvy megachurch pastor who spoke out on the national stage as an evangelical adviser to President Barack Obama, is leaving Northland Church with a big spot to fill. “There is no one like Pastor Joel,” the Orlando-area church wrote in a statement announcing Hunter’s plans to step down after more than three decades as its senior pastor. He broke the news to staff on Wednesday, after returning from an annual sabbatical. Under his leadership, Northland grew from a couple hundred people in 1985 to 20,000 weekly attendees at three locations, and Hunter became an innovative leader among the early wave of pastors building multisite congregations with streaming services. Elders at his nondenominational congregation have not yet identified the “best timing” or plan for his transition following the announcement, which indicated that Hunter, 69, will not fully retire from ministry.

2. AP – The top Democrat on the House oversight committee wants information from a business partner of former National Security Adviser Michael Flynn’s. The goal is to learn more about Flynn’s foreign contacts and security clearance. Congressman Elijah Cummings made the request Thursday in a letter to businessman Bijan Kian. Cummings requested documents about Flynn’s foreign contacts, travels and ties to foreign businesses. Cummings says Kian told federal investigators in 2016 that Flynn had work relationships with foreign businesses. But the Maryland Democrat says Flynn failed to report those.

3. CP – The Anglican Communion has officially created its 39th and newest province in the Muslim-majority African nation of Sudan. At a ceremony held Sunday at the All Saints Cathedral in Khartoum, the Episcopal Church of Sudan was inaugurated as a new province of the Canterbury, United Kingdom-based global body. The Most Rev. Justin Welby, Archbishop of Canterbury and head of the Communion, presided over the Sunday service, which included the installation of the province’s leader, the Most Rev. Ezekiel Kumir Kondo.

4. Politico – Facebook CEO Mark Zuckerberg and his wife, Priscilla Chan, have hired Democratic pollster Joel Benenson, a former top adviser to President Barack Obama and the chief strategist for Hillary Clinton’s failed 2016 presidential campaign, as a consultant, according to a person familiar with the hire. Benenson’s company, Benenson Strategy Group, will be conducting research for the Chan Zuckerberg Initiative, the couple’s philanthropy. The organization — whose mission statement, according to its website, is “advancing human potential and promoting equality” — is endowed with the couple’s Facebook fortune.

5. Fox – President Trump on Thursday accused Congress of bringing relations with Russia to an “all-time & very dangerous low” after sending him a sanctions bill which he reluctantly signed a day earlier – legislation that prompted a furious response from Russia’s prime minister. “Our relationship with Russia is at an all-time & very dangerous low. You can thank Congress, the same people that can’t even give us HCare!” Trump tweeted. The accusation came after Trump signed the sweeping package of sanctions, which had passed both houses of Congress with a veto-proof majority. In signing the bill, Trump issued a written statement complaining that Congress was overstepping its constitutional bounds and impeding his ability to negotiate with foreign countries.

6. WashPost – Courtney Ashe was visiting her uncle’s in Loudoun County on Friday night when she FaceTimed with her 5-year-old son, Cameron A. Martin. The boy said he wanted to see her and play with his 9-year-old cousin, Jaylen C. Sills-Russell. The rain that evening was hurtling down in sheets. But Ashe wanted to make her son, the eldest of her four young children, happy. So, she and Jaylen hopped into her 2002 Ford Taurus and drove along Loudoun’s curvy roads to make it to her mother’s home in Ashburn. They arrived safely at about 11 p.m. Cameron and Jaylen played hide-and-seek while Ashe visited with her mother, Sabrina Jewell. Then it was time for Ashe, 27, and the boys to go. Jewell was worried. A flash flood warning had just been issued in several parts of Washington’s suburbs, including Loudoun. Close to 2½ inches of rain had been recorded at Reagan Washington National Airport, and it was the wettest day in more than two years in the District. “I told her, ‘Please, be safe,’ ” Jewell recalled. “And she said, ‘I will, Mommy!’ ” Instead Ashe, Cameron and Jaylen went missing for three days. On Monday, relatives searching for Ashe’s car spotted it upside down in Sycolin Creek in the Leesburg area. They were dead. The Loudoun County Sheriff’s office said it looks like Ashe — an on-again, off-again nursing student who also had 3-year-old twins and a 2-month-old baby — lost control of her Ford, crossed the center line, flipped over a guard rail and landed upside down in the water. Authorities said they could not determine yet whether they died of drowning or the crash itself. Investigators are still waiting for the medical examiner’s autopsy.

7. McClatchy – The NAACP has issued its first-ever travel advisory for a state—warning that discrimination and racist attacks in Missouri made it a dangerous place to visit for people of color. A spokesman for the civil rights group said on Tuesday that—in addition to such attacks—recent legislation has also made discrimination suits harder to win. Black students at the University of Missouri have also reported racial slurs on campus. “You have violations of civil rights that are happening to people. They’re being pulled over because of their skin color, they’re being beaten up or killed,” said Rod Chapel, the president of the Missouri NAACP. “We are hearing complaints at a rate we haven’t heard before.”

As you go throughout this day, keep this word in mind: John 14:16 says, “And I will pray the Father, and he shall give you another Comforter, that he may abide with you for ever.”

Todd Stocker said, “Helping others is the secret sauce to a happy life.” 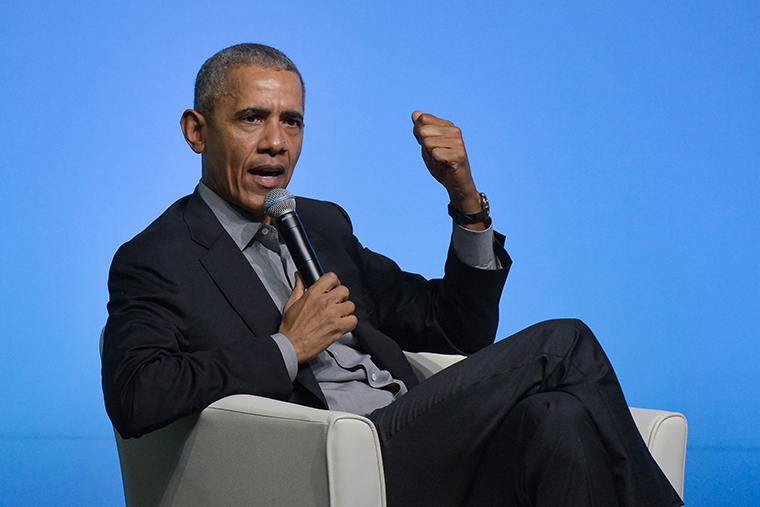