If you ever get a chance to tour Akron, Ohio, with Savannah and LeBron James, they might show you the tree-lined street Savannah grew up on with her parents, and the low-income housing where LeBron lived with his mom. Probably they’ll point out St. Vincent–St. Mary, LeBron’s high school, where a tourist or two shows up every couple of days hoping for a peek at the gym that the four-time NBA MVP started out at, and that the LeBron James Family Foundation renovated. Also on the tour, Savannah’s high school, where Savannah was a cheerleader and still, in a way, is a cheerleader today.

And if you wind up back at their beautiful, expansive, Frank Lloyd Wright–style edge-of-Akron home, you’ll get to hear Savannah, who is warm and friendly and smiles a big smile as she nudges her husband, tell the story of their first date.

They’re a (very) cute couple, hanging out in their backyard on the weekend, LeBron happy to be home with his family: his daughter, Zhuri, aged two, and sons, LeBron Jr., twelve, and Bryce Maximus, ten, as well as his mother, Gloria. The yard—sometimes featured on LeBron’s Instagram—is lush and green, bordered by a long line of tall pines, and punctuated by topiary and a pool. There are bagels and coffee, and when I ask LeBron if he can remember that night in 2002, he lights up and turns to his wife. “You had on a black-and-pink two-piece,” he says, positively beaming now. “Right?”

“Yes!” Savannah is impressed, charmed even.

For the record, his outfit is lost to history, though they both remember the evening went well. LeBron points out that he was also determined to impress her dad with an on-time post-date arrival. “I was following the rules,” he insists.

Now, fifteen years later, they’re stepping out together again, in LeBron’s case to spotlight a side of him that the world beyond Akron doesn’t really see—much less get—and in Savannah’s to expand the support work for young women that she has committed to for the past five years, on top of the foundation’s other initiatives. They’re giving a rare interview as a couple, and they’re relaxed and welcoming. (Friends confirm that they are models of hospitality. “You go for lunch, you stay for dinner,” I was told.) In person, LeBron is as tall as you would expect of the guy who is arguably the best basketball player in the world, while Savannah is an elegant five feet seven, with superstar charisma.

“Me and Dwyane, our biggest takeaway about Savannah and LeBron is that they’re real,” says Gabrielle Union, the actress who is married to the Chicago Bulls’ Dwyane Wade and is friends with the James family. “What you see is exactly what you get. You think, Oh, my God, LeBron is silly and jumps around, and you know? That’s who he is.” Who is Savannah, for people who don’t know her? “She’s a woman who really has that midwestern ethic,” says Union. “And I’m from the Midwest, so I know this. It’s that you say what you do and you do what you say.”

This past spring, Savannah announced a new program in Akron: Women of Our Future. Along with a team of certified mentors and counselors, she will begin working with sixteen high school girls at Buchtel, her alma mater, offering one-on-one support. Her inspiration? Savannah remembers her own mother doing anything she could to help young people in need. “When I was growing up, my mom took in three or four kids just because they needed a place to go and be safe, to eat,” she says. The other inspiration is Akron and its residents. “These are my friends; these are my cousins,” says Savannah. “These are people who I was extremely close to and still am now; these are the kids of neighborhood kids who we saw every day at school. And if they just have the right push. . . .”

In Akron, you see a side of LeBron that the rest of the world doesn’t. Everybody knows LeBron James the basketball star. And most people understand that he is a budding player in Hollywood, executive-producing his own television series (The Wall and Cleveland Hustles) and, even more famously, costarring in Trainwreck. Even LeBron James the businessman, with multiple endorsement deals, is no big news—not, for instance, to Warren Buffett. The investment guru said by phone that he thinks of LeBron as not just warmhearted and funny—James nicknamed Buffett Uncle Warren—but sharp. “If I’d had that much success that young, I’d have had trouble, but he’s been able to just be sensible and keep his head on straight. I admire him greatly. He’s one of my favorite nephews!”

It’s James’s work in Akron’s schools that, more than anything, makes him a true local hero. The LeBron James Family Foundation started in 2004 as a fairly typical celebrity charity, hosting bike giveaways and wrangling celebrities to help draw kids in, but soon the Jameses realized they weren’t putting points on the board. “We felt like, OK, how much of a difference are we making?” James recalls. They went back to the drawing board at the foundation’s Akron office, a bright, busy place with devoted staff and framed headlines (“Home,” blared Cleveland’s Plain Dealer in 2014, when LeBron returned from Miami) and magazine covers (including Vogue, in 2008, with Gisele Bündchen), and a quote from Martin Luther King Jr. greeting staff and visitors: “Life’s most persistent and urgent question is ‘What are you doing for others?’ ” In 2011, the foundation decided to work more intensely with the city’s educators.

They discovered that the high school–dropout rate was 24 percent, a fact that caused them to rethink their efforts, focusing on what LeBron now calls “an infrastructure” of not just educational but emotional, and even nutritional, support. (Food insecurity is common among Akron’s mostly impoverished community.) The goal: to increase graduation rates. The target group: low-income families with low standardized-test scores, left behind in the kinds of schools that are stripped by charter schools of the students who test the best. “You have a sea of Ds and Fs for Akron on the state report card,” laments Rob Fischer, the codirector of Center on Urban Poverty and Community Development at nearby Case Western Reserve University. “So just changing the myths about what we should expect from Akron students is powerful.”

After months of meetings, the foundation agreed to help the school system at the point where especially minority kids (in the majority here) begin to fall off track: third grade. Cut to the LeBron James Family Foundation back-to-school orientation for at-risk students (as identified by the public schools), where teachers bring students’ skills up and begin to build support for the upcoming year. And in this program, stigma is not an issue. Says Keith Liechty, the coordinator of school improvement for Akron Public Schools, “Before the James foundation, it was a struggle to get parents involved.”

What started with 232 students five years ago has now grown to more than 1,200, whom LeBron, Savannah, and the foundation staff meet with regularly to communicate goals and needs. At all their meetings the students renew their promise to finish school. Recently, in response to parent and teacher demand, the foundation started the Hard Work Club, covering the cost of teachers for after-school time and for additional books. And in 2015, LeBron announced free tuition to the University of Akron for anyone who stays in the James family’s program through high school (and meets particular requirements regarding schoolwork and community service); parents who came to the announcement wept. Through all this, LeBron pops in for appearances, hosts meals, robo-calls kids around test times, writes notes of encouragement, and wears a wristband that, when he’s on TV, the kids in his program can recognize as theirs.

This year, the Jameses announced the radical step of establishing an entire new public elementary school for students identified as at-risk. It’s a powerful experiment that bucks the charter school–heavy trend of public education, radically proposing to give more to the students who have the least—as his “uncle” has noticed. “When you can change a kid’s life for the better, you’re accomplishing something great,” says Buffett, a well-known cheerleader for public schools. “With LeBron, it comes from the heart, and it comes from having been there.” 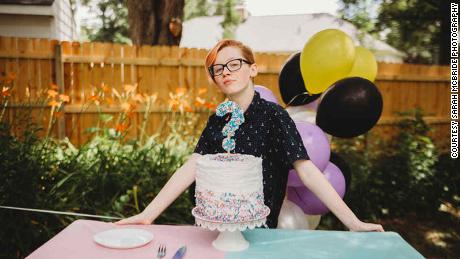