The posted video is a shorter version of one SpaceX published a while ago, outlining how the Falcon Heavy would look and react when firing its engines.

“[Falcon Heavy] is twice the thrust of the next largest rocket currently flying and ~2/3 thrust of the Saturn V moon rocket,” Musk wrote in the post.

The video starts with the Falcon Heavy, which has three boosters, leaving the launchpad prior to the separation process. It ends with two of the boosters coming back to Earth, with the third landing later.

First draft animation of the Falcon Heavy three core launch. FH is twice the thrust of the next largest rocket currently flying and ~2/3 thrust of the Saturn V moon rocket. Lot that can go wrong in the November launch …

By comparison, the Space Shuttle had two Solid Rocket Boosters, carrying “more than one million pounds of solid propellant,” according to NASA.

The ultimate purpose of the Falcon Heavy is “to carry humans into space and restores the possibility of flying missions with crew to the Moon or Mars,” according to SpaceX’s website.

Here We Go: Man Claiming to be Transgender Woman Rejected by Every University of Alabama Sorority 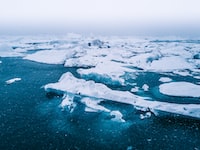 WATCH: Trailer Released for Marvin Sapp Biopic “Never Would Have Made It” Premiering on TV One August 21