The world’s leading drug companies are turning to artificial intelligence to improve the hit-and-miss business of finding new medicines, with GlaxoSmithKline unveiling a new $43 million deal in the field on Sunday.

Other pharmaceutical giants including Merck & Co, Johnson & Johnson and Sanofi are also exploring the potential of artificial intelligence (AI) to help streamline the drug discovery process.

The aim is to harness modern supercomputers and machine learning systems to predict how molecules will behave and how likely they are to make a useful drug, thereby saving time and money on unnecessary tests.

AI systems already play a central role in other high-tech areas such as the development of driverless cars and facial recognition software.

“Many large pharma companies are starting to realise the potential of this approach and how it can help improve efficiencies,” said Andrew Hopkins, chief executive of privately owned Exscientia, which announced the new tie-up with GSK.

The Scotland-based company, which also signed a deal with Sanofi in May, is one of a growing number of start-ups on both sides of the Atlantic that are applying AI to drug research. Others include U.S. firms Berg, Numerate, twoXAR and Atomwise, as well as Britain’s BenevolentAI.

“In pharma’s eyes these companies are essentially digital biotechs that they can strike partnerships with and which help feed the pipeline,” said Nooman Haque, head of life sciences at Silicon Valley Bank in London.

“If this technology really proves itself, you may start to see M&A with pharma, and closer integration of these AI engines into pharma R&D.”

STILL TO BE PROVEN

It is not the first time drugmakers have turned to high-tech solutions to boost R&D productivity.

The introduction of “high throughput screening”, using robots to rapidly test millions of compounds, generated mountains of leads in the early 2000s but notably failed to solve inefficiencies in the research process.

When it comes to AI, big pharma is treading cautiously, in the knowledge that the technology has yet to demonstrate it can successfully bring a new molecule from computer screen to lab to clinic and finally to market.

“It’s still to be proven, but we definitely think we should do the experiment,” said John Baldoni, GSK’s head of platform technology and science.

Baldoni is also ramping up in-house AI investment at the drugmaker by hiring some unexpected staff with appropriate computing and data handling experience – including astrophysicists.

His goal is to reduce the time it takes from identifying a target for disease intervention to finding a molecule that acts against it from an average 5.5 years today to just one year in future.

“That is a stretch. But as we’ve learnt more about what modern supercomputers can do, we’ve gained more confidence,” Baldoni told Reuters. “We have an obligation to reduce the cost of drugs and reduce the time it takes to get medicines to patients.”

Earlier this year GSK also entered a collaboration with the U.S. Department of Energy and National Cancer Institute to accelerate pre-clinical drug development through use of advanced computational technologies.

The new deal with Exscientia will allow GSK to search for drug candidates for up to 10 disease-related targets. GSK will provide research funding and make payments of 33 million pounds ($43 million), if pre-clinical milestones are met. 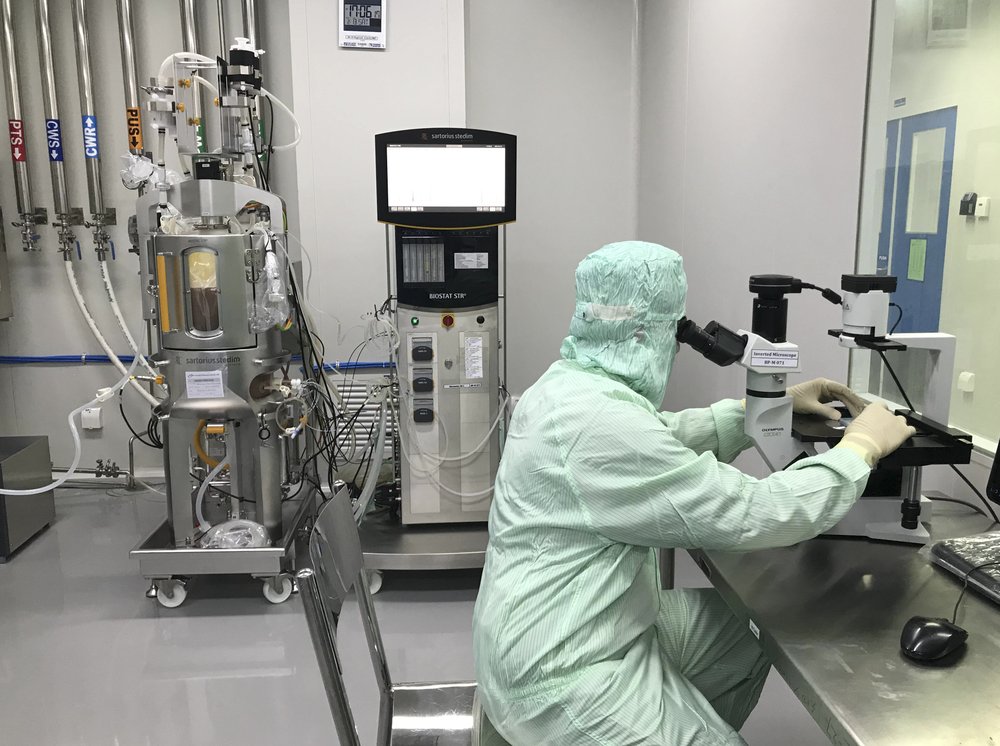