A new book co-edited by two African-American faculty members at Southern Baptist Theological Seminary aims to equip Southern Baptists for healing racial wounds in the denomination, which was founded in 1845 in a split from Northern Baptists so slave-holding families could serve on the mission field.

“Southern Baptists must be continually reckoning with our past, even as we seek to be a faithful gospel people in the present and in the future,” he said. “The book offers a biblical and theological conversation that demonstrates what is so sorely needed and woefully absent in so much of our national discourse, and I can only hope and pray that this book will become a model for how our national conversation should develop.”

Jones, assistant professor of teacher education and associate dean of academic innovation at Southern’s Boyce College, spearheaded the project in spring 2015 after Mohler delivered his convocation address on racial diversity and acknowledged a “stain of racism” in the SBC. He recruited his colleague Williams, associate professor of New Testament interpretation at SBTS, as co-editor and gathered contributions from other leaders who offered insight on improving racial unity in the denomination — in areas ranging from preaching, leadership, education and publishing.

“The Southern Baptist Convention has a big, dark, historical stain on it: racism,” Williams and Jones write in the preface. “The gospel of Jesus Christ requires and demands all Southern Baptists to do their parts to erase this stain from the SBC — or at least to make the stain less apparent. This act requires a relentless obedience to Christian unity.”

In an interview with Southern Seminary’s newsmagazine “Towers,” Williams and Jones also noted signs of progress in the denomination.

Williams is the only four-time graduate with degrees from Boyce College and Southern Seminary, a feat he said is “powerful” considering the institution was founded by slaveholders. They also pointed to the fact the book was published by an official SBC imprint, B&H, whose former name “Broadman” honored SBTS co-founders and slaveholders John A. Broadus and Basil Manly Jr.

“One of the things we must do in terms of reconciliation and Christian unity in the SBC is make sure our words are consistent with the gospel, that we attempt to build up the different races in our convention with our words even when we speak hard truths to each other, and that we do not perpetuate racism and dehumanize people by the words that we speak,” Williams said in the interview.

“We can never forget as Southern Baptists that our identity is historically connected to white supremacy, and we have to admit that and understand how white supremacy works — not only in terms of historically burning crosses on lawns and recently shooting nine black people in a church, but also in terms of the subtle and more socially acceptable systemic ways it shows up in the culture and in Christian spaces.”

Jones, who grew up in west Louisville within 10 minutes of SBTS, said he never knew much about the seminary because the black churches he attended before becoming a Southern Baptist in 2005 still felt the stigma of racism from the SBC. With his background in education, Jones said the denomination must improve seminary training to include more ethnically diverse reading and curriculum.

While the book focuses primarily on serving the SBC, Williams and Jones said the principles could “apply to any Christian community or organization striving to live out reconciled community with diverse people.” 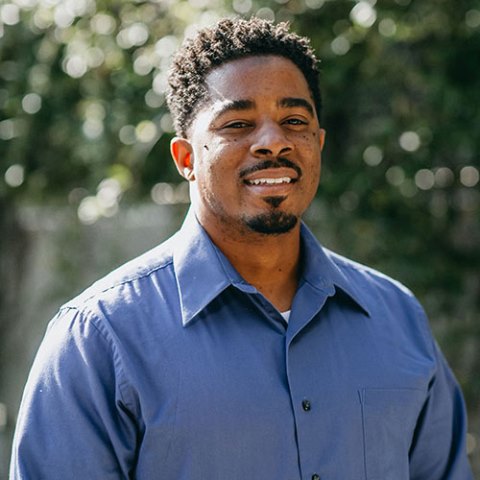