Imbolo Mbue, whose debut novel “Behold the Dreamers” is Oprah Winfrey’s latest selection, owes her career in part to the talk-show host.

“Years ago, I went to the library one day in Falls Church, Virginia, to borrow a book and saw a shelf that only had Oprah book club picks,” Mbue, 36, told The Associated Press during a recent telephone interview. “And one of the books that caught my eye was Toni Morrison’s ‘Song of Solomon.’ And after reading it, I was very much in awe of it (and) thought maybe I would try writing, too.”

Mbue’s “Behold the Dreamers” was published in 2016 and won the PEN/Faulkner Award for fiction, an honor previously given to Philip Roth and Ann Patchett, among others. The book tells of an immigrant from Cameroon who becomes the chauffeur for a Lehman Brothers executive not long before the 2008 financial crisis. In Monday’s announcement to The Associated Press, made jointly by Winfrey’s OWN network and “O” magazine, Winfrey said “Behold the Dreamers” was both topical and timeless.

“It’s about race and class, the economy, culture, immigration and the danger of the Us vs. Them mentality,” she said in a video. “And underneath it all comes the heart and soul of family, love, the pursuit of happiness and what home really means.”

Winfrey has championed other debut works in recent years, including Ayana Mathis’ “The Twelve Tribes of Hattie” and Cynthia Bond’s “Ruby.” She began her club in 1996 and has helped dozens of books become best-sellers. Last year, she provided a major boost to Colson Whitehead’s “The Underground Railroad,” which went on to receive the National Book Award and Pulitzer Prize.

Mbue’s novel was partly based on personal experience. A native of Cameroon, Mbue is a New York City resident who lost her job working in a media marketing department after the crash and wondered how others managed, including the drivers she saw parked in front of the Time Warner Center in midtown Manhattan.

Mbue has remained a fan of Winfrey’s club, reading such selections as Barbara Kingsolver’s “The Poisonwood Bible” and Jeffrey Eugenides’ “Middlesex,” while never imagining she would be invited to the inner circle. When Mbue was told this spring that she would be hearing from someone at “O” magazine, she assumed they wanted her to review a book. 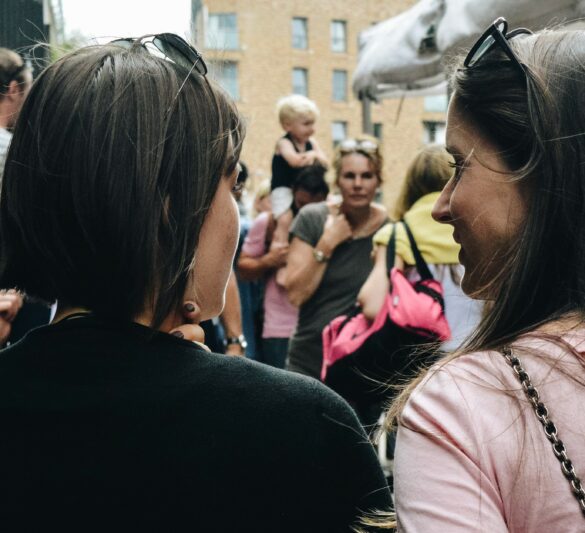