Jefferson Davis served as the first and only president of the Confederate States of America, though his legacy as rebel leader does not exactly shine in the historical record. The Civil War Trust notes that “Davis’ popularity and effectiveness were not enhanced by the growing numbers of Confederate defeats,” and Davis was captured in the waning days of the war by Union soldiers after he had fled the Confederate capital in Richmond.

“His cause went down in disastrous defeat and left the South impoverished for generations,” Smithsonian Magazine noted, adding: “Many Americans in Davis’s own time and in later generations considered him an incompetent leader, if not a traitor.”

Still, Davis is celebrated in pockets of the South, with highways, high schools and other things named in his honor.

For more than 100 years, there was also a prominent statue of Davis in New Orleans.

A handful of protesters lined up beneath it before dawn Thursday — chanting “President Davis” as city workers tore it down.

After days of tension and protests, crews strapped the 116-year-old statue beneath its arms and wrapped its waist in plastic, according to NBC affiliate WDSU, and just after 5 a.m. hoisted it from its longtime perch — along Jefferson Davis Parkway, no less.

“A cheer went up from some of the dozens of protesters on the scene who have been pushing for the monument’s removal,” the Associated Press reported. “It was then lowered behind trucks encircled around the monument’s base and out of view of media gathered on the scene.”

It was the second monument to rebel heritage to come down in New Orleans in the past month; in late April, workers dismantled the Battle of Liberty Place monument, which honored members of the Crescent City White League who died trying to overthrow the local government after the Civil War.

“Three weeks ago we began the process of removing statues erected to honor the ‘Lost Cause of the Confederacy,’” Mayor Mitch Landrieu (D) said. “This morning we continue our march to reconciliation by removing the Jefferson Davis Confederate statue from its pedestal of reverence.” 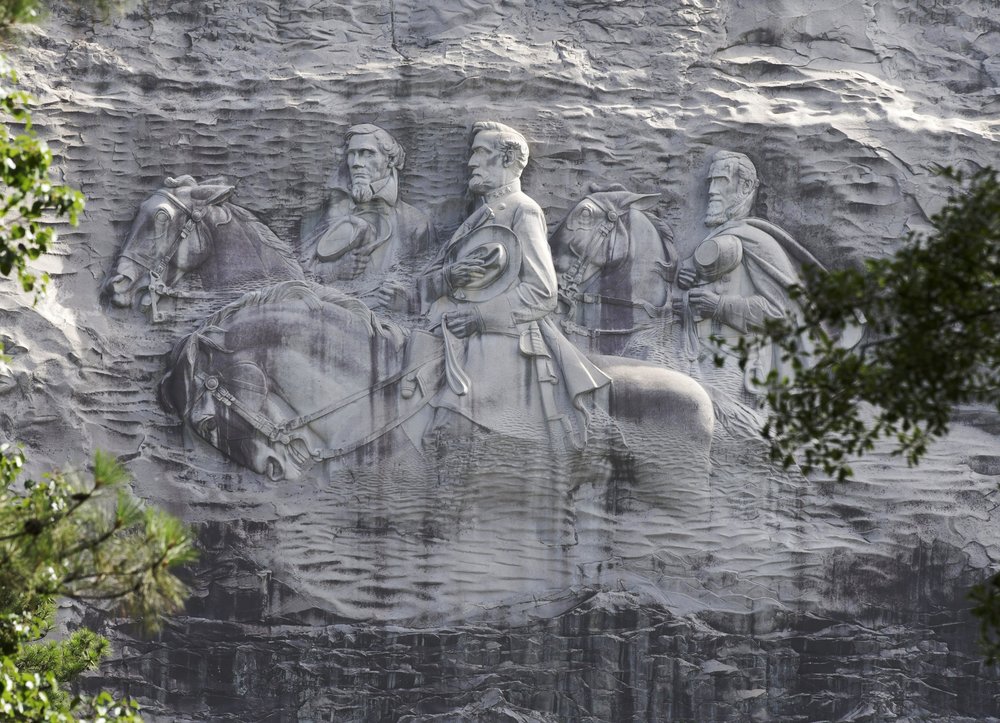