Black people in a racially segregated county in Mississippi are living under a permanent state of siege, subjected to repeated unlawful and humiliating searches at police roadblocks, at pedestrian “checkpoints” and even in their homes, according to a class-action lawsuit brought by the American Civil Liberties Union (ACLU).

In a complaint lodged with a federal court on Monday, the ACLU paints a devastating picture of systematic racial discrimination by the sheriff’s department of Madison County. The nonpartisan group says the abuses have gone on for decades, in tune with a history of constitutional violations that can be traced in an unbroken line back to the civil rights era.

The encroachment on African Americans’ rights covers almost every aspect of daily life, the ACLU complaint says: walking or driving to work, shopping for groceries, visiting friends and family, going to church, or sitting on the stoops of houses. The lawsuit alleges that the level of police scrutiny enshrined in the sheriff department’s “policing program” is so overbearing that black residents suffer chronic fear and anxiety, with some afraid to leave their homes.

“In effect, the policing program has placed the black community of Madison County under a permanent state of siege,” the ACLU states.

The complaint, prepared by the ACLU and lawyers from the New York firm Simpson Thacher & Bartlett, has 11 individual plaintiffs acting on behalf of a class of victims that is alleged to stretch into the thousands over at least two decades. It is directed against Sheriff Randy Tucker, who took over the department in 2012 and who is accused of extending and expanding the county’s long history of discrimination, and the local board of supervisors, who allegedly have known about the systematic targeting of black people for at least a decade but have failed to do anything to stop it.

The Guardian invited Tucker and the board of supervisors to respond to the claims made in the lawsuit but they did not immediately respond.

Madison County lies to the north of Jackson, Mississippi, and is a largely white area with 58% white and 38% black residents. Despite federal efforts to integrate the deep south, it remains a virulently segregated part of the state, with the city of Madison being 85% white and the city of Canton being 75% black.

The county is the richest in Mississippi, but most of that wealth is concentrated on the white side of the tracks.

In the late 1950s and early 1960s, when the civil rights movement was at its peak, the Madison County sheriff’s department was a mainstay of opposition to desegregation. One of its favored tactics was for deputies to set up roadblocks and carry out unlawful searches of black drivers and their vehicles.

Fast forward more than half a century and roadblocks remain a popular means for Madison County deputies to hound black people, the ACLU lawsuit alleges. Roadblocks are routinely set up in Canton and other black towns, the suit says, usually in quiet residential streets, outside churches or black businesses, or in parking lots at the entrance to black housing complexes.

Such searches can involve detailed scrutiny of driver, passengers and the interior of the car and take 20 minutes or more to complete, yet they are very rarely staged in the City of Madison or other majority-white communities. Similar intrusive surveillance is imposed on black people walking in the streets, in methodical targeting known as “pedestrian checkpoints”, and in some cases without a warrant in their homes.

One of the plaintiffs, Betty Tucker (no relation to the sheriff), 62, was having a celebratory barbecue in her garden in Canton about three years ago when two plainclothes deputies turned up at her house. They entered her yard without a warrant and without explanation or permission began checking the pockets of Tucker and each of her guests.

They found nothing, but proceeded to carry out a bizarre inspection of her patio on their hands and knees before leaving as mysteriously as they had arrived. 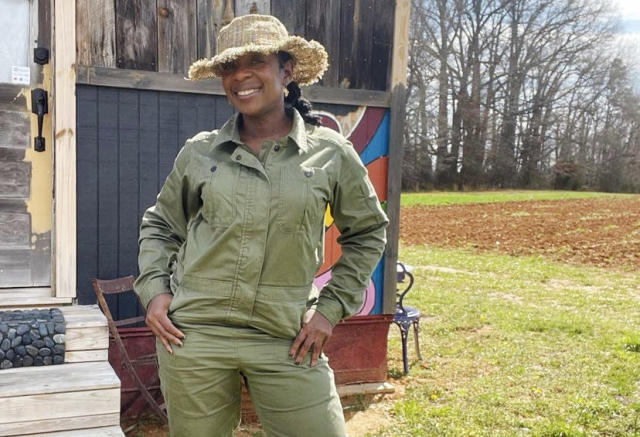