For BeBe Winans, the late Whitney Houston will always be family.

The gospel legend, who performed “I Miss You” with sister CeCe Winans at Houston’s February 2012 funeral, recently reflected on his close bond with the 48-year-old songstress, who died after being found submerged in the bathtub in her suite at the Beverly Hilton Hotel. The cause of death was deemed accidental drowning, and an autopsy showed she had various drugs in her system.

In an exclusive interview for the PEOPLE and ABC special People Icons: Gone Too Soon, Winans, 54, recalled, “After we met it was instant friendship. It was instant family.”

Houston was a big fan of the Winans siblings’ music and the feelings were more than mutual.

“She was fond of us and we were fond of her. We were in love with her voice. She was in love with what we did,” he explained. “So there was a mutual love for each other and respect for our artistry, as well as our hearts. And how we were raised. We were raised the same way.”

And more than anything, love bonded Houston with Winans and his relatives.

“She made up her mind then, that any and every important step in her life — before she made any decision to get married — any other decision in her life that was vital, she would run it by us and we had to be a part of it,” he shared. “And she said, ‘Let’s make that pact.’ I mean, it was just like kids meeting kids and — and making pacts. And that’s what it was between us.”

Though they were not blood-related, Winans and Houston really became family when the late singer claimed the title of godmother to BeBe’s daughter.

“When my daughter was born, Whitney declared, ‘I’m gonna be the godmother. I don’t care who you talk to before. But I’m the godmother of Maya,’” he remembered. 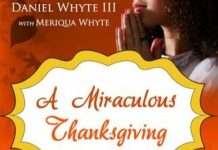