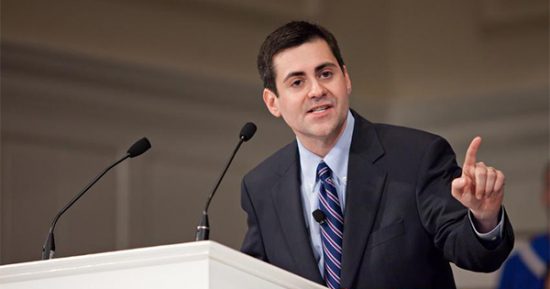 Concern is mounting among evangelicals that Russell Moore, president of the Southern Baptist Convention’s policy arm, could lose his job following months of backlash over his critiques of President Trump and religious leaders who publicly supported the Republican candidate. Any such move could be explosive for the nation’s largest Protestant denomination, which has been divided over politics, theology and, perhaps most starkly, race.

More than 100 of the denomination’s 46,000 churches have threatened to cut off financial support for the SBC’s umbrella fund, according to Frank Page, president of the executive committee. The committee is studying whether the churches are acting out of displeasure with Moore because it has received more threats to funding over him than over any other “personality issue” in recent memory, said Page, who will meet with Moore today.

Moore, who heads the SBC’s Ethics and Religious Liberty Commission and has been relatively quiet since the election, declined to comment for this article. Page declined to discuss the plan for Monday’s meeting, but he indicated that he would not rule out the possibility that he could ask Moore to resign. He said he hopes Moore and his opposition will agree to pursue efforts toward reconciliation.

Since he was elected in 2013, Moore, 45, has been praised by younger evangelicals for challenging the political approach of an older generation. He is also very popular among many evangelicals of color, who have welcomed Moore’s promotion of racial justice, including his vigorous opposition to public displays of the Confederate flag.

A threat to Moore’s job would have a “chilling” effect on efforts toward racial reconciliation, said Thabiti Anyabwile, a pastor of Anacostia River Church, a Southern Baptist congregation in Washington. “The fallout will be the denomination signaling to African American and other ethnic groups that they’re tone deaf and disinterested in that membership,” said Anyabwile, who is black.

But Moore’s anti-Trump activism during the presidential campaign and criticism of his followers continued to upset many established white Southern Baptist leaders, who question whether Moore can now lobby effectively for their concerns with the Trump administration. Further highlighting divisions, influential Texas megachurch pastor Jack Graham said in February after a meeting with Moore that his Prestonwood Baptist Church would begin withholding $1 million in donations to the SBC umbrella fund.

Withdrawal of church donations from the fund threatens not only the ERLC (which receives just 1.65 percent of it) but other Southern Baptist agencies and state conventions. Graham, who sat on Trump’s evangelical advisory council during the campaign, declined to comment.

More than 80 percent of white evangelicals voted for Trump, according to exit polls, and many did so with the belief that they thought he would appoint a Supreme Court justice who opposes abortion.

Some say the debate is less about Moore’s politics than it is about Moore, whom some view as arrogant and out of touch with many rank-and-file Southern Baptists, particularly in rural churches.

“There’s a disconnect between that world and what some perceive as an elitist position by some of our leaders,” Page said. “I work hard at dispelling the notion … but that’s a big concern out there.”

Page also recently met with black megachurch pastors and said he wants to avoid setting back efforts toward racial reconciliation. But whether Moore stays or goes, Page said, it will cause “deep hurt” within the convention.

The larger debate
The controversy surrounding Moore appears to extend beyond his opposition to Trump to encompass a larger debate over white evangelical alignment with Trump and the Republican Party.

During his tenure, Moore has criticized the involvement of evangelicals in political affairs, calling into question past strategies of the Religious Right. He called on younger evangelicals in particular to reject the old idea of a “moral majority” and embrace a role as “prophetic minority.”

Moore, who said he could vote for neither major party candidate, was an early critic of Trump and the evangelical leaders who supported him, accusing them of “normalizing an awful candidate.” When other Southern Baptist leaders met at Trump Tower last summer, Moore suggested they had “drunk the Kool-Aid.”

Trump drew attention to Moore when he tweeted in May that Moore was “a nasty guy with no heart!” Moore replied, “Sad!”

.@drmoore Russell Moore is truly a terrible representative of Evangelicals and all of the good they stand for. A nasty guy with no heart!

After a report about a videotape of Trump’s lewd comments directed at women was published by The Washington Post, Moore tweeted outrage at leaders who still continued to back the candidate.

“I have no problem with a minister articulating concern over an issue. But at the same time, there’s a way to do it,” Floyd said. “It’s a matter of being able to do it and keep respect for everyone who may disagree.”

Thomas Kidd, a historian at Baylor University, said: “He may have to bend over backwards to be positive about the good things Trump does.”

Moore reports to the 35 trustees of the ERLC, who would decide his ultimate fate if he faced requests to resign. His board chairman, Ken Barbic, who attends Capitol Hill Baptist in Washington, wrote in a text message that “Russell Moore is a Gospel-centered, faithful, and prophetic voice for Southern Baptists,” and that he and the board “wholeheartedly support his leadership.”

In an ironic twist, Moore’s lack of White House access reflects his belief that evangelicals should be prophetic outsiders, although no one thought such a shift would take place under a Republican president, said religion columnist Jonathan Merritt, who is son of former SBC president James Merritt and supports Moore.

“I think he’s not sitting in an apartment lamenting [his lack of access],” Merritt said. “I don’t think he’s celebrating it either.”

After the election, Moore wrote that his criticism was for “a handful of Christian political operatives excusing immorality and confusing the definition of the gospel.”

“But there were also pastors and friends who told me when they read my comments they thought I was criticizing anyone who voted for Donald Trump,” Moore wrote. “I told them then, and I would tell anyone now: if that’s what you heard me say, that was not at all my intention, and I apologize.”

But some thought his apology did not go far enough.

Former Arkansas Gov. Mike Huckabee, a Southern Baptist, told a TownHall columnist that he was “utterly stunned that Russell Moore is being paid by Southern Baptists to insult them.” Huckabee declined to speak with The Post. 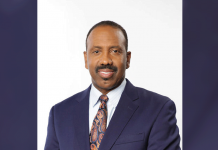