Police in Belarus cracked down hard Saturday on opposition protesters who tried to hold a forbidden demonstration in the capital – a human rights group said more than 400 people were arrested and many were beaten.

The demonstrators had hoped to build on a rising wave of defiance of the former Soviet republic’s authoritarian government, led by President Alexander Lukashenko, who has ruled since 1994.

About 700 people had tried to march Saturday along Minsk’s main avenue, but were blocked by a cordon of riot police wielding clubs and holding shields. After a standoff, the arrests began.

“They’re beating the participants, dragging women by the hair to buses. I was able to run to a nearby courtyard,” demonstrator Alexander Ponomarev said.

Tatiana Revyako of the human rights group Vesna told The Associated Press that more than 400 people were arrested, saying “many of the arrested were beaten and are in need of medical help.”

Police declined to comment on the arrests or the beatings.

Among those arrested were about 20 journalists, according to the Belarusian Journalists’ Association.

“They grabbed everybody indiscriminately, both young and old. We were treated very harshly,” BBC Nelarus correspondent Sergei Kozlovsky told the AP.

Even before the protesters gathered, police raided Vesna’s office and detained more than 50 people.

In the days preceding Saturday’s demonstration, more than 100 opposition supporters were sentenced to jail terms of three to 15 days, Vesna reported before the raid. Prominent opposition figure Vladimir Neklayev reportedly was pulled off a train by police overnight while trying to travel to Minsk.

The anti-government protests also attracted hundreds of people Saturday in Brest and Grodno, two other large cities. No arrests there were immediately reported.

Belarus has seen an unusually persistent wave of protests over the past two months against Lukashenko, who recently claimed that a “fifth column” of foreign-supported agitators was trying to bring him down.

Saturday’s demonstrators shouted slogans including “Shame!” and “Basta! (Enough!)” and deployed the red-and-white flag that is the opposition’s symbol. The flag was first used by the short-lived independent Belarusian People’s Republic in 1918 and again after the country’s independence from the Soviet Union, but was replaced in 1995 after Lukashenko gained power.

In his 23 years as president, Lukashenko has stifled dissent and free media and retained much of the Soviet-style command economy.

The protests this year initially focused on his unpopular “anti-parasite” law that calls for a $250 tax on anyone who works less than six months a year but doesn’t register with the state labor exchange. But the protests have broadened into general dissatisfaction with his rule, which some critics have characterized as Europe’s last dictatorship. 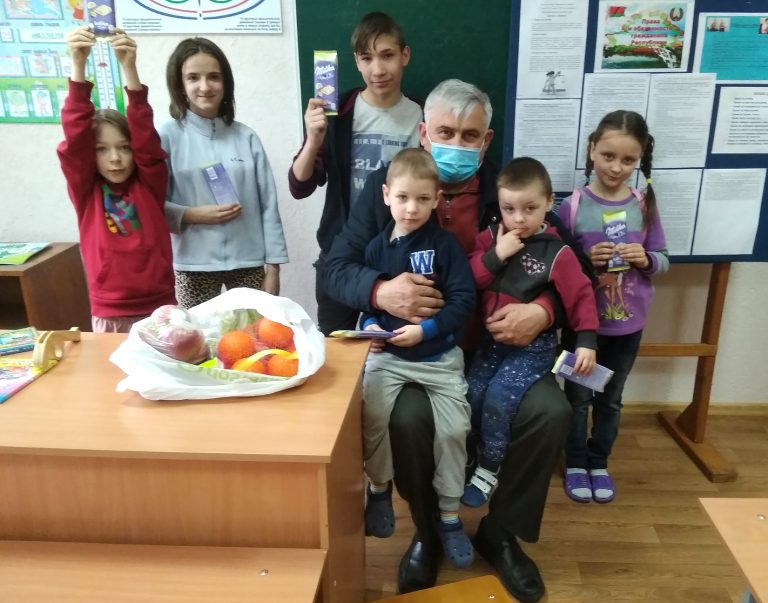