The church-friendly comedy aims to replace cringes with laughs—but does it succeed?

Like many faith-based films, The Resurrection of Gavin Stone, the newly released comedy created by Dallas Jenkins, Walden Media, Vertical Church Films, and WWE Studios (yes, that WWE) occasionally made me wince. The film’s premise is standard fare for a Christian audience: a non-believing TV celebrity gets sentenced to community service at a suburban church, where he gets to know a set of quirky small-town Christian neighbors who will inevitably change his life.

For all its predictability, though, Gavin Stone also has charm. More than cringing, I found myself laughing aloud—and for the right reasons. And the filmmakers clearly want audiences to know that they empathize with criticisms of awkward Christian movies. Leading up to its release, for instance, the film’s creators sponsored a Babylon Bee post spoofing bland evangelical flicks with “the predictable conversion scene and subsequent end credit worship song.” The sponsored-post text even conceded that “faith-based films don’t have the best reputation” before making the humble suggestion: “Take a chance … go see The Resurrection of Gavin Stone.”

Admittedly, part of what makes the film refreshing is that Jenkins and his crew actually aim beyond the more familiar genres into which Christian movies fall—morality fables (Courageous, War Room), miracle dramas, cultural revenge fantasy (God’s Not Dead), or biblical historical fiction (Risen). Yet instead of trying to impress skeptics or fulfill evangelicals’ expectations for message-driven movies, Gavin Stone aims to avoid being taken too seriously—and unlike typical inspirational fare, it gets closer to showing an evangelical culture that audiences can actually recognize and laugh alongside.

As its title suggests, Gavin Stone notably places its protagonist front-and-center—a sure sign of its writers’ confidence in their central character. That faith is warranted: Stone is played well by a bemused, clean-cut Brett Dalton, who most recently took a turn as Hydra-hailing and alien-devil-possessed Agent Grant Ward on Marvel’s Agents of S.H.I.E.L.D. Here, though, Dalton’s role is more human: a former child actor of corny 1980s-90s sitcom fame with a persistent bad-boy reputation.

We’re told (but never see) that Stone trashes a hotel, which lands him a community service gig mopping floors at an Illinois megachurch. When he happens upon Easter pageant tryouts, he’s desperate to act—and to show off a little—so he applies for the pageant’s starring role: Jesus Christ. The pastor tells Gavin they want only Christian actors. “I am one,” Gavin lies. “I’ve had the—passion of the Christ for a couple years now.” Before we know it, he’s doing his best to blend in and trawling YouTube for religious jargon to use in his (faux) testimony. 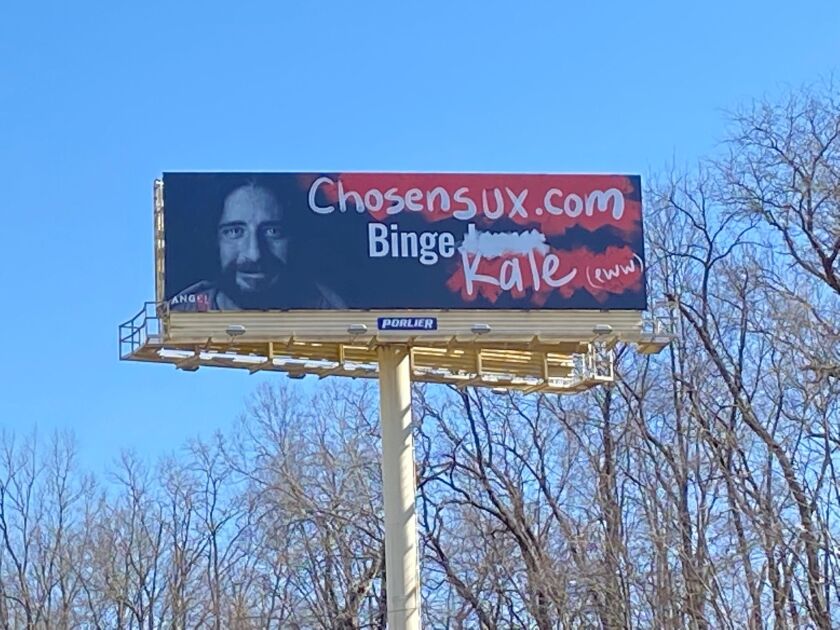