A black gunman hunts police officers at a peaceful rally in downtown Dallas. He takes out three cops at one intersection, sneaks up on another from behind. Bullets slice the air.

By the time the night is done, five officers will be dead.

When the shooting starts, James Waters is less than a mile away, working late at his law office overlooking Victory Park. An American flag hangs above his desk. From where he sits, he cannot hear the gunshots or see the crowd scatter in fear.

His phone rings about 10 p.m. It’s his wife, and she has seen the news.

“I need you to promise you’ll stay there,” she tells him.

It’s July 7, 2016, and the country is already on edge with racial strife fueled by police killings of black men. Alton Sterling, on the ground in Louisiana. Philando Castile, in his car in Minnesota, his T-shirt soaked in blood.

Frances Cudjoe Waters can envision what might happen if her husband leaves the office. There, he’s safe, well-known and well-regarded. Out on the streets, she believes, he’ll be just another black man, a potential target on this night of fear and fury and revenge.

James scrolls through the news on his computer. It has been a long day and he’s ready to go home. The drive takes only 10 minutes. He would probably be fine.

Probably. That small uncertainty captures what it’s like to be African-American today. Making this decision, weighing the risks, when all you want to do is go home to your family, something you could do without a thought if you were white.

James doesn’t want to worry his wife. As helicopters hover over Dallas, he spends the night dozing at his desk, rumpled in his suit, waiting for the sun to rise.

A divide in America

The Waters family should be enjoying all the fruits of the American dream.

James graduated from Columbia University, the first in his family to finish college.

Frances got a degree from Stanford University, after her grandmothers worked as maids for white families, and her parents worked their way through school.

Both James and Frances went on to study at Harvard Law School, where they met.

They’re raising three sons — William, 16; Joshua, 15; and Christopher, 12 — in a safe and wealthy neighborhood in North Dallas. Their 5,800-square-foot home has five bedrooms, a diving pool and a tennis court in the backyard.

They’ve worked hard for this life.

James is a partner at a big Dallas law firm and holds board positions across the city. Frances is a United Methodist pastor who has her own strategic consulting company.

They’re so busy that every day feels like a sprint: a blur of school drop-offs and client meetings and “what’s for dinner,” stolen trips to Tom Thumb for raspberry sorbet and little moments of quiet.

“We did everything America said we should do,” Frances says. 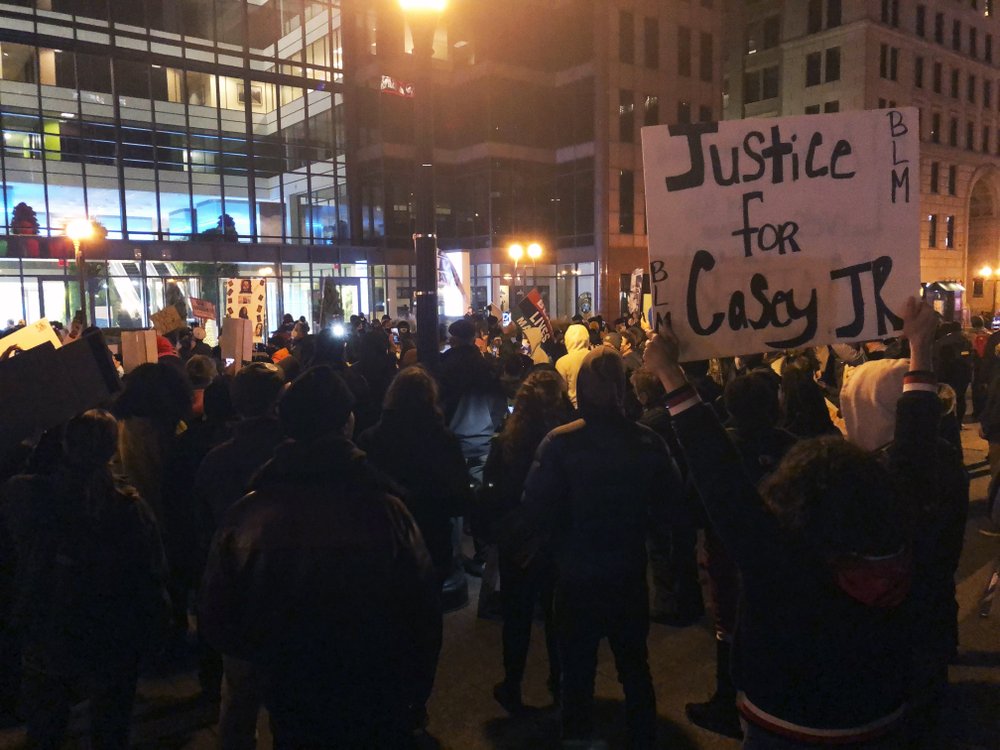 U.S. marshal admits his description of the fatal shooting of a black man by a white sheriff’s deputy “premature”