That’s not meant as metaphor or a figure of speech. Al Green literally talks to God. He banters, chatters, laughs, argues, questions, sings to and speaks with the Almighty on a regular basis — whether lying in bed, driving his car, sitting in his office or preaching in the pulpit. It’s a running conversation that began in the early 1970s, and has continued unabated for the past five decades.

“Al, who been taking care of you all this time?

“Did I ever forsake you or anything?

Green replays this recent exchange with Him from behind a desk at his business office in Whitehaven, located in the shadow of his church.

On this December weekday, Green arrives in a late-model white Cadillac, wearing a black Nike track suit, dress shirt and dress shoes. Though he turned 70 in April, he looks lighter and more nimble than in recent years (reportedly, a knee injury left him immobile for time and contributed to his weight gain). Reclining into a chair — beneath a gold framed photo of himself in his bejeweled, permed, bare-chested ‘70s glory — he begins.

An interview with Green is a little like watching a one-man show. He doesn’t answer questions so much as respond with stories and jokes, going off on random riffs, singing snatches of his famous hits, and doing spot-on imitations of Tom Jones and Elvis Presley, among others. Whatever wild tangents or diversions he takes, the discussion always returns to Green’s faith. It’s what led him to the open Full Gospel Tabernacle on Dec. 18, 1976.

Green will celebrate the church’s 40th anniversary Sunday. In addition to the regular morning service, there will be an afternoon commemoration featuring appearances by Rev. Dr. Melvin Charles Smith from Mt. Moriah East Baptist Church, and Green’s first wife, Shirley Green, who will perform, along with their three daughters.

When Green gave his first sermon in ’76, the message, he says, was, “I believe therefore I am.”

“I just believe what The Word says. I don’t try and explain, explain, explain. … Every man’s interpretation of [religion] is, I suppose, to his own liking. But I don’t think God is going to leave you much room to mistake about it.”

As Green tells it, when it comes to his particular path — one that took him from the heights of musical superstardom to the bosom of the church — there was never any doubt at all.

‘Look at my hands’

Albert Leorns Greene, or Green — to which he would later change the spelling — was born April 1946 in Forrest City, Arkansas, the sixth of 10 children, raised in a devoutly religious family. He relocated to Michigan as a child and began singing gospel with his brothers. After his strict Baptist father kicked him out of the house for listening to Jackie Wilson records, he launched his career with an album for the tiny Hot Line Label in 1967, called “Back Up Train.”

Green’s first single had been a small breakout, making it to the lower rungs of the Top 40, but his career soon sputtered. Stranded in Midland, Texas in late 1968, he asked if he could sit in and earn a few dollars singing with Memphis bandleader Willie Mitchell, who was performing in town that night.

“He started singing, and I heard that voice and I said, ‘Ah-ha! Look what I found here,’” remembered the late Mitchell, who told Green he should come back to Memphis with him, that if he gave him 18 months, Mitchell could make him a star.

It took Green a little while to arrive in the Bluff City, and a little longer to break out, but as Mitchell had promised, within a couple of years, he was a soul singing supernova. The first two albums they recorded for the Mitchell-run Hi Records, “Al Green is Blues” and “Al Green Gets Next to You”, were minor masterpieces, offering inventive R&B interpretations of songs by the Beatles and The Doors, among others. The latter album produced a top 10 hit in the Green-penned “Tired of Being Alone” and a gritty reworking of the Temptations’ “Can’t Get Next To You.”

Recording at South Memphis’ Royal Studios with backing by house band Hi Rhythm, Mitchell pushed Green to soften his singing and find his natural falsetto, resulting in the 1972 multi-million-selling smash single and album “Let’s Stay Together.”

The next few years would yield arguably the greatest run in the annals of R&B, with Mitchell producing and helping co-write many of Green’s hits and Hi Rhythm guitarist Mabon “Teenie” Hodges collaborating on several others (“Love and Happiness,” “Here I Am [Come and Take Me]”). Green’s love songs would come not only to dominate, but to redefine soul music in the early ‘70s, moving it from its church roots to the more sultry environs of the bedroom.

By 1973, Green was at the zenith of his career — money, women and every other kind of indulgence were his for the taking. Yet despite the fame and fortune, he was deeply unhappy. He began drifting away from music and toward religion. His spiritual shift began with an epiphany on the road in 1973, following a performance at Disneyland.

“I had a born-again awakening … in the Coach ‘n’ Four Motel in Anaheim, California. And I never been the same since. I was changed about or something,” says Green, who ran to his father, then traveling with him. “My daddy asked me, ‘What’s the matter?’ I say ‘Look at my hands … look at my feet … . They’re glowing — can’t you see it?’”

It marked the start of a personal and professional transformation that would alter his life completely within a couple years.

Green’s religious fervor became more intense in the wake of a tragic 1974 incident involving his girlfriend Mary Woodson, who attacked the singer at his home with a pot of scalding-hot grits, causing serious burns to his body. “I’m all burned up, got egg-size blisters full of water,” recalls Green. “I know what hot is. That’s one thing I do know. I don’t need to go to hell. They said let me show you what hot is before we get there so you can avoid that mistake. So I know what hot is.”

Shortly after attacking Green, Woodson — a married mother of four with a history of mental problems — retreated to a bedroom and shot herself dead with Green’s own .38-caliber revolver. In the years since, Woodson would become something of a ghost haunting Green’s psyche. During the interview, Green brings her up unprompted, explaining that it was Woodson who had the vision for Full Gospel Tabernacle years before it existed.

“Mary is the one that told me, ‘You’re the one going to have a beautiful church, and a space saved for me in the front seat, and a lot of members.’ And I’m going like, ‘What are you talking about?’ At that time, I’m doing ‘Here I Am (Come and Take Me).’ What am I supposed to do — stop what I’m doing and start singing gospel music?

Dan Delzell on Truth is a Person, a Message, and a Lifestyle 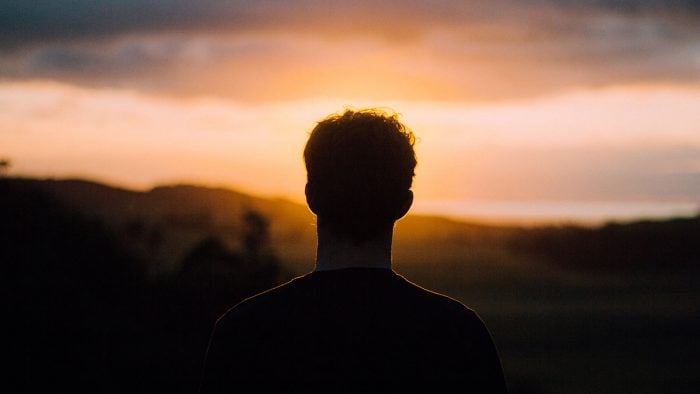