A gunman who wounded three people attending prayers at an Islamic center in Zurich has been found dead, apparently after committing suicide, the Swiss police said on Tuesday.

Officials described the man as a 24-year-old Swiss citizen of Ghanaian descent, but they did not identify him by name. They said that he had no known links to terrorist groups, but that he was already wanted for the fatal stabbing of a friend whose body was found on Sunday at a playground in Zurich.

“We don’t believe it was a terror act,” Christiane Lentjes Meili, the chief of police for the canton of Zurich, said of the attack on Monday. “We have no evidence of a connection to terrorism.”

Three men were wounded in the attack, two of them seriously; all are in stable condition.

The attack occurred around 5 p.m. at a prayer center used mostly by Somali and Eritrean refugees, just south of the city’s main train station. Hours after the attack, the police found the body of a man on the Gessner Bridge, near the city center and a short walk from the Islamic center.

Witnesses to the attack reported that the gunman, dressed in dark clothes and a woolen cap, had escaped on foot. The police in Zurich, the largest city in Switzerland, used tracker-dog units to hunt the gunman.

On Tuesday morning, Peat Jost, a spokesman for the Zurich police, confirmed in a phone interview that the gunman was the man whose body had been found. “Our investigation says the dead man is the shooter,” he said.

The Islamic center, on a quiet side street near a fashionable shopping district, was closed Tuesday evening. Its blue front door was locked and the windows were barred, though on the second floor there were lights on.

Tokens of sympathy and solidarity had been left at the doorstep: a bunch of lilies, some roses, two lit candles. Someone had posted a handmade sign next to the door that said in German, “Love is the answer to hate.”

A gray-haired woman who gave her name only as Ursula stopped to leave a book wrapped in brown paper. She said she was a Christian and was sorry about what had happened at the center, and was praying for the victims. 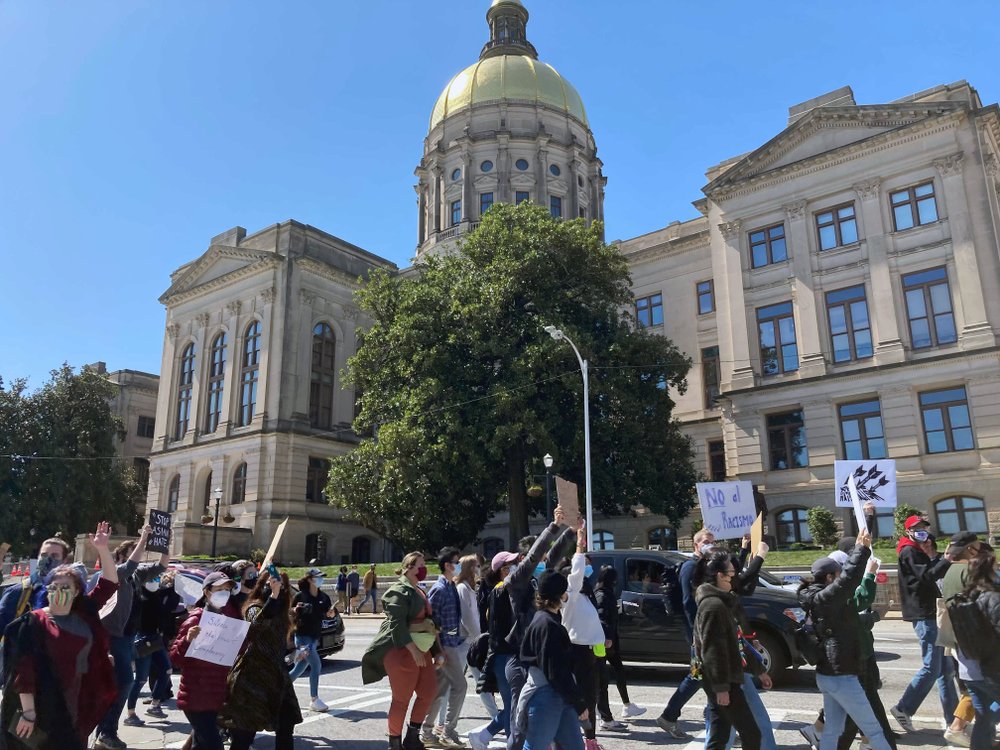 Hundreds of all ages and racial and ethnic backgrounds rally in Atlanta against hate, racism, xenophobia, misogyny after spa shootings

John Wesley Reid on Kindness is Not Dead