1. According to the Christian Post, a prominent African-American evangelical leader is saying this week that even if tapes emerge where Donald Trump is uttering racial slurs, as is rumored, the candidates’ platforms matter more than the candidates’ personalities. In the aftermath of tapes surfacing on October 7 of Donald Trump’s comments about groping women, the Sun (UK) and others are reporting that crew members from Trump’s TV show “The Apprentice” say that other audio recordings of Trump exist that are “much worse.” Yet even as some leading evangelicals withdraw their support for Trump — perhaps most notably theologian Wayne Grudem who had previously argued that the Republican nominee amounted to a “morally good choice” — others are opting to vote based on the policies not the candidates themselves. “I think that evangelicals for a long time have realized that we’re not going to get the perfect blend of character and public policy,” said Bishop Harry Jackson Jr., founder and president of the High Impact Leadership Coalition and senior pastor of Hope Christian Fellowship in Beltsville, Maryland, in a Tuesday phone interview with The Christian Post. “Even the people who seem to have been on the surface the most faithful in terms of their biblical beliefs have not been effective at protecting our rights or advancing our agendas,” he added. “In light of that I would say that I’m really looking at the platforms and what I believe are certainties of the different presidential and down-ticket campaigns.” Jackson, an adviser to the Trump campaign, noted that Trump stands for seven principles that matter most to evangelicals, among them religious freedom, Supreme Court justice choices, support of Israel, and education reform.

2. According to Christianity Today, even the strongest Atlantic hurricane in nearly a decade was overshadowed by the weekend turmoil in the US presidential election. But while the storm has subsided, Christian humanitarian groups are still busy grappling with the aftermath. In the wake of Hurricane Matthew, more than 1,200 children sponsored by Compassion International in Haiti were moved to a new location after their homes were damaged. The Category 4 storm also shut down more than a quarter of Compassion’s 270 child development centers: of the 73 that were temporarily closed, 66 were significantly damaged or destroyed. One child sponsored by Compassion was killed, among the 473 officially reported deaths of Haitians. (Other sources report as many as 1,000 were killed.) Another Compassion child is missing, and three are seriously injured, the humanitarian organization reported. Compassion and other Christian humanitarian groups moved quickly in response to Hurricane Matthew.

3. According to Fox News, the NAACP’s national board is set to vote Oct. 15 to finalize a resolution proposing a moratorium on new charter schools, claiming public charters targeting low-income and minority areas drain funding and abet segregation. In response, the Black Alliance for Educational Options and the National Alliance for Public Charter Schools launched the ChartersWork campaign, with 160 African-American education leaders signing a letter opposing the NAACP’s call for a moratorium. A parent sign-on letter had more than 1,000 signatures as of Oct. 6. Chris Stewart, director of outreach and external affairs at the Education Post and a community leader in Chicago who signed the ChartersWork letter, told Watchdog.org the NAACP is out of touch with the African-American community. “Every day more people are signing on and becoming more resolute about not allowing a retail civil rights organization to sell us down a river,” Stewart said. “But, to date, the NAACP has shown no interest in meeting with black people that disagree with them — even after repeated requests.”

4. According to the San Francisco Chronicle, a six-month investigation of the San Francisco Police Department by the U.S. Justice Department, prompted by the killing of Mario Woods and other fatal police shootings, concludes that the department does a poor job of tracking and investigating officers’ use of force, has ineffective antibias training and shields its disciplinary process from public view. “We found a department with concerning deficiencies in every operational area assessed: use of force; bias; community policing practices; accountability measures; and recruitment, hiring and promotion practices,” Ronald Davis, director of the Justice Department Office of Community Oriented Policing Services, wrote in the report’s executive summary. The department released its report Wednesday, along with 272 recommended changes for a police force wracked over the past year by scandals over racist and homophobic text messages and fatal shootings that have frayed relationships between the department and minority communities.

5. According to the Los Angeles Times, a Los Angeles Police Department detective who was investigating rape allegations against NBA star Derrick Rose died after being found with a gunshot wound in a Whittier home Tuesday afternoon, authorities said. The Los Angeles County Coroner’s department on Wednesday identified her as 44-year-old Nadine Hernandez. LAPD sources who were not authorized to speak publicly about the case confirmed that Hernandez was one of two detectives assigned to the Rose case and that she was a detective in the department’s Robbery-Homicide Division Special Assault Section. She frequently was involved in high-profile sex crime cases, authorities said.

6. According to USA Today, Thomas “Tommy” Ford, the actor who played Martin Lawrence’s best friend Tommy Strawn on the hit ’90s sitcom Martin, died Wednesday in Atlanta. He was 52. The actor played the level-headed pal of Lawrence on Martin for the show’s entire five-year run. One running joke was his not having a job, prompting the catchphrase: “You don’t got no job, Tommy!” “It is with great sadness that we announce the untimely passing of our beloved son, father, brother, husband and friend Tommy Mykal Ford,” the family said in a statement posted on his social media accounts. “On behalf of the family, we would like to thank everyone for their love, support and prayers.” Family spokeswoman Joy Pervis confirmed Ford’s death but gave no cause.

7. According to the Hollywood Reporter, BET is upping the episodes of Being Mary Jane to squeeze more out of Gabrielle Union’s contract, according to a lawsuit filed Tuesday in Los Angeles County Superior Court. The actress claims the network agreed it would never produce more than 13 episodes per season, but now is trying to tape two 10-episode seasons back-to-back to “cram all of the episodes into a single season in order to fraudulently extend the term of Ms. Union’s contract.” Union’s attorney Martin Singer claims the network is combining seasons four and five to avoid paying his client’s contractual raise and to extend its option to engage her services for another year. Under her contract, Union is set to receive $150,000 per episode for season four and $165,000 per episode for season five. The actress is suing the network and Breakdown Productions for breach of contract and negligent misrepresentation. 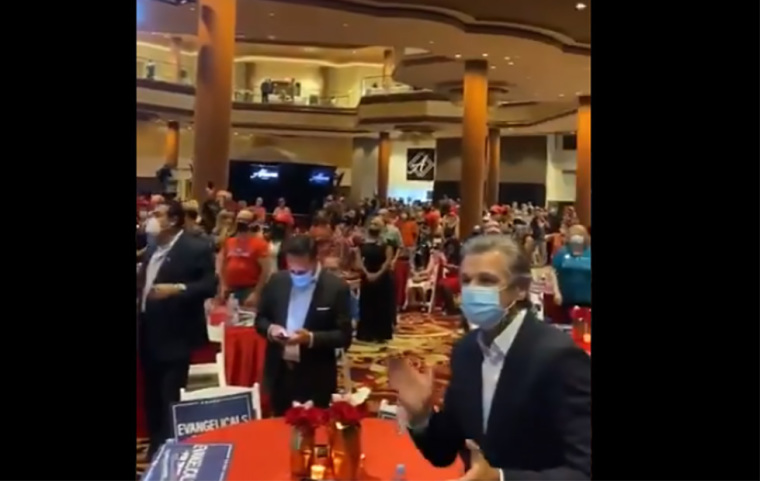