For the second year in a row, Christian singer Lauren Daigle won three awards at the Gospel Music Association’s Dove Awards on Tuesday night, including artist of the year.

“Honestly, just looking back at last year and being completely new to the Dove Awards, it was my very first time, to this year, it was such an embrace by the industry,” Daigle said backstage after the show.

Daigle went from the winning the new artist award last year to the top award this year, a seemingly overnight success for the popular singer and songwriter. Her 2015 debut album “How Can It Be” earned her a Grammy nomination as well and won a Billboard Music Award.

Daigle also won songwriter of the year, non-artist, and pop/contemporary recorded song of the year.

“Just cause I was so new, I didn’t know what I was doing and I still feel really new to all of this,” Daigle said.

“I feel like this should be the people’s award — the church — cause if anything worship represents our collective song, it should bring us together, and more than ever, a world that is divided needs a church that is united… that’s the prayer,” said Joel Houston of Hillsong UNITED in a statement.

Songwriter Pat Barrett and Tony Brown won song of the year for “Good, Good Father,” and for King & Country won for contemporary Christian artist of the year.

TobyMac won the pop/contemporary album of the year for his album, “This Is Not A Test,” and then reunited for the first time in about 15 years with his bandmates in DC Talk, Michael Tait and Kevin Max. The trio combining Christian rock and rap are one of the most popular Christian acts of all time. The three performed a rousing rendition of “Love Feels Like” and got a standing ovation from the crowd.

Genre veteran Chris Tomlin was honored for having his songs played more than one billion times on digital radio services, according to the digital song royalty organization SoundExchange. The only other artists to receive the recognition from SoundExchange have been Garth Brooks, Justin Timberlake and Pitbull.

“I am most proud of what this recognition says about the genre of Christian music,” Tomlin said. “It signals that the church is alive and well and strong.”

During his acceptance speech, Franklin led the crowd in a prayer for racial healing in the country. “When black boys are killed, we need to say something,” Franklin said. 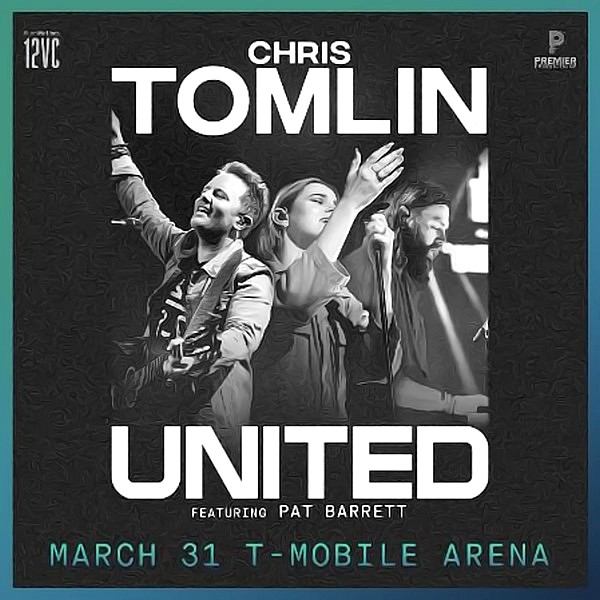