More than 40 people were wounded in the attack at Nakheel Mall across from the oil ministry, the sources said. One bomb went off at the entrance to the mall, the other in the parking lot.

Unconfirmed amateur video published on Facebook showed what appeared to be four separate fires, including two cars engulfed in flames, under a highway overpass near the mall amid the wailing sirens of first responders.

Amaq news agency, which supports Islamic State, said in an online statement that two suicide bombers, one wearing a vest and the other in a car, had targeted “a gathering of Shi’ites” on Palestine Street.

The fight against Islamic State, which seized a third of Iraq’s territory in 2014, has exacerbated a long-running sectarian conflict in Iraq, mostly between the Shi’ite majority and the Sunni minority.

The militants have lost ground in the past year to U.S.-backed government forces and Iranian-backed Shi’ite militias, and Iraq is gearing up for an offensive next month to recapture the northern city of Mosul.

Yet such bombings show the group can still strike outside the territory its controls in northern and western Iraq. A car bomb near a hospital in central Baghdad killed nine people on Monday, and another one down the road in July killed 324, one of the deadliest such attacks since the U.S.-led invasion toppled Saddam Hussein 13 years ago. 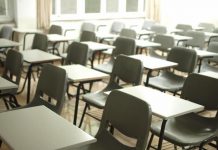