Conservative lawmakers went to the House floor Tuesday to force a vote on the impeachment of Internal Revenue Service Commission John Koskinen, setting up a showdown that has pitted hard-right members against not only Democrats but also Republicans wary of a partisan battle weeks before the election.

The impeachment effort is rooted in the controversy over the IRS’s treatment of conservative nonprofit groups and the handling of subsequent congressional investigations.

Reps. John Fleming (R-La.) and Tim Huelskamp (R-Kan.), members of the conservative House Freedom Caucus, called up their impeachment measure Tuesday afternoon. Under House rules, as a “privileged” motion, the measure must come up for a vote no later than Thursday.

If the measure passes by a majority vote, it would set up a Senate trial of Koskinen — the first impeachment trial since U.S. District Judge Thomas Porteous was impeached in 2010.

Still, many Republicans are skeptical that Koskinen’s alleged misconduct rises to the level of impeachment, and they are wary of the precedent that might be set: Koskinen would be the first executive official below the rank of president to face impeachment proceedings since 1876.

Fleming, who is amid a Senate campaign, accused Koskinen on Tuesday of “high crimes and misdemeanors” for failing to comply with congressional subpoenas related to the IRS targeting investigation and presiding over the agency when records germane to that investigation — backups of emails from key official Lois Lerner — were improperly destroyed by an agency official. Koskinen, the IRS and congressional Democrats have strongly denied any wrongdoing.

Koskinen and his lawyers have argued directly to Republicans recently that, even if they believe he should be impeached, any impeachment should follow the standard impeachment process — which involves action by the House Judiciary Committee to send article of impeachment to the floor. The committee has not moved forward with those proceedings, to the frustration of House conservatives. 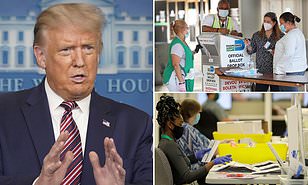