British Prime Minister Theresa May sought Friday to dampen speculation about another Scottish vote for independence, while insisting she is willing to listen to proposals about Scotland’s future relationship with the European Union.

The two issues have become intertwined since Scotland voted overwhelmingly to remain part of the EU in the June 23 referendum while Britain as a whole decided to leave.

“I want to get the best possible deal for the United Kingdom out of our negotiations for the U.K. leaving the EU, but I’m willing to listen to options,” May said after a meeting with Scottish First Minister Nicola Sturgeon in Edinburgh.

Sturgeon said she welcomed May’s willingness to consider Scotland’s goals and that she had received assurances that the British government will be “open and flexible” in future discussions regarding Scotland and the EU.

Sturgeon is seeking various ways for Scotland to remain in the EU even if other parts of Britain withdraw.

EU officials have declined to negotiate separately with Sturgeon and the Scottish Parliament.

May’s decision to make her first official trip as prime minister a visit to Scotland was an indication of the high priority she is placing on keeping Scotland within the United Kingdom despite differing views over Britain’s decision to leave the EU.

May, who became prime minister Wednesday after David Cameron stepped down, discouraged talk of another Scottish independence referendum. In September 2014, Scotland voted to remain part of the United Kingdom, which also includes England, Northern Ireland and Wales.

Sturgeon, whose Scottish National Party has campaigned for Scottish independence, has said another referendum is “highly likely” in light of the British vote to leave the EU, so-called Brexit.

“As far as I’m concerned the Scottish people had their vote, they voted in 2014, and a very clear message came through, both the United Kingdom and the Scottish Government said they would abide by that,” May said.

The prime minister also said she and Sturgeon had discussed the timetable for implementing Article 50 of the EU treaty, which will start a two-year process of taking Britain out of the 28-nation bloc.

“I’ve already said that I won’t be triggering Article 50 until I think that we have a U.K. approach and objectives,” May said.

She has indicated she does not plan to invoke Article 50 until next year, although some EU leaders are pressuring her to begin the process earlier.

Great Britain Gets a Taste of Hell That America Has Experienced For Months: Heat Records Broken; People Across Europe Dying and Suffering — Daniel... 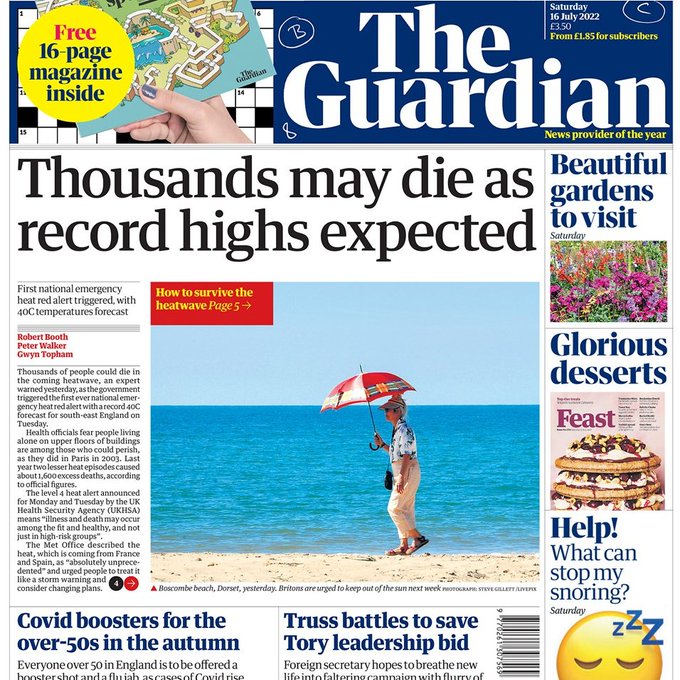 Hell Visits the United Kingdom: Heat Plague That Has Rocked America is Getting Ready to Rock Great Britain for They Are Facing the Hottest...