Jupiter’s Great Red Spot is not only big and red. It’s also hot.

Using a telescope on Earth, astronomers peered at infrared emissions from Jupiter and found that the temperature of the upper atmosphere, 350 to 600 miles above the giant swirling storm, averages 2,500 degrees Fahrenheit.

That finding, reported on Wednesday in a paper published in the journal Nature, is the latest piece of a puzzle that has been confusing planetary scientists since 1973 when NASA’s Pioneer 10 spacecraft flew by and took the first temperature measurements of the solar system’s biggest planet.

By their calculations, scientists expected that the warmth of sunlight impinging on Jupiter should heat the upper atmosphere to a cool -100 degrees. Instead, the temperature was about 1,000 degrees.

“Essentially there’s a bit of a crisis going on,” said James O’Donoghue, a research scientist at Boston University and lead author of the Nature paper. “That highlights a severe lack of knowledge.”

Scientists searched for something to solve this planetary “energy crisis.” An obvious suspect was Jupiter’s gargantuan auroras, the glow of charged particles accelerated along the magnetic field into the polar regions. Indeed, temperatures in the upper atmosphere at the top and bottom of Jupiter are around 1,700 degrees, fitting that explanation.

But as displayed by Jupiter’s colorful bands, the winds on the planet blow east-west, not north-south.

“No one has quite worked out how you distribute that energy from the polar regions down to the Equator,” said Steve Miller, a professor of planetary science and science communication at University College London in England who was not involved in the research. “There’s a lot of energy there. Distributing it has been a problem.”

Dr. O’Donoghue and his colleagues used the NASA Infrared Telescope Facility in Hawaii to focus on emissions of a particular ion in Jupiter’s atmosphere — a clump of three hydrogen atoms that is missing an electron, making it positively charged. The brightness of the emissions tells the temperature, and over the Great Red Spot, the infrared emissions were particularly bright.

That suggests the heat is coming from below. 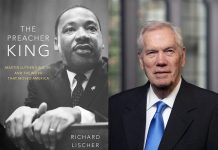 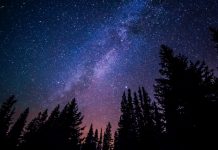 Carol Round on Living a Life in View of Eternity 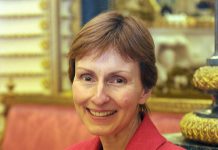 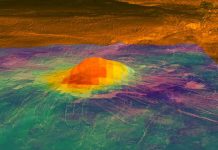 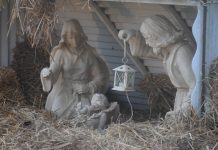