Whitney Houston’s Emmy is off the auction block.

A federal judge halted the sale late Thursday after the Academy of Television Arts & Sciences sued Heritage Auctions in Los Angeles and asked for a temporary restraining order.

The Academy said the iconic award remains its personal property and it would suffer “irreparable harm” if Houston’s winged woman was sold for profit in a two-day memorabilia auction brought by the Houston family starting Friday.

“We are disappointed but we fought the good fight and we will withdraw the Emmy from the auction,” Heritage President Greg Rohan told the Daily News early Friday.

The statuette was awarded to Houston in 1986 for her Grammy performance of “Saving All My Love for You” and carried a starting bid of $10,000.

In its filing this week, the Academy argued it only lends out the Emmy statuettes awarded at its annual ceremonies. Winners take custody as a symbol of their achievements and can pass the custody on to their heirs, but sales are strictly forbidden, the Academy said.

The Academy claimed that a sticker placed on the bottom of the award given to Houston made the rules clear.

The judge said the sticker likely provided a binding agreement, so the Emmy shouldn’t be sold as planned and the case should move forward.

“The Television Academy has met its burden that the Emmy statuette given to Ms. Houston for her to take home, as opposed to the prop statuette presented during the awards ceremony, contained the label stating that the statuette ‘is the property of and all rights are reserved by the Academy of Television Arts & Sciences,'” U.S. District Judge Percy Anderson wrote. 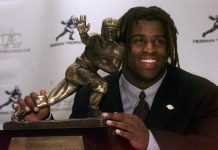 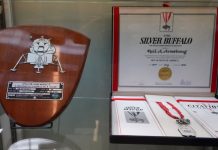 Neil Armstrong Memorabilia Sells for More Than $7.4 Million at Auction 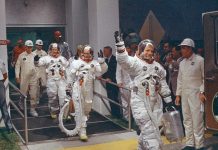 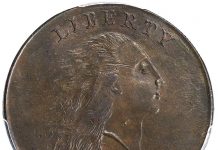 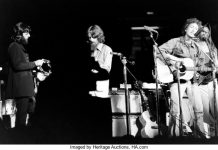 Bob Dylan’s Guitar Expected to Sell for Over $300,000 at Auction

Thomas Edison’s Lab Keys and Lightbulbs Sell for Over $60,000 at Auction