David Nantz carefully pushed aside a grouping of bare branches at the tree line of Echo Lake Park, then stood still. He listened for movement, playing the role of the enemy attempting to infiltrate a base that had been forged by his men.

It was Sunday, training day, and the Indiana Volunteer Militia, one of the largest militias in the state, was practicing how to set up a patrol base and establish perimeter security. Their mission was to fashion a few shelters and secure the base before Nantz made entry.

In a real world scenario, Nantz said, when the grid goes down, you have to know how to protect yourself and your family.

Recent high-profile standoffs with federal law enforcement agencies in Nevada and Oregon, as well as a controversial appearance by a militia group during the police brutality protests last year in Ferguson following the shooting of Michael Brown, has soured the word “militia” in the mouths of many Americans.

But the militia movement is growing. According to a study published by the Southern Poverty Law Center in January, the number of active militia groups in the United States has risen by 37 percent since 2014.

To better understand why these groups exist, and what drives people to join them, IndyStar reporter Michael Anthony Adams was granted access to the Indiana Volunteer Militia, to give you an inside look at how its members train and prepare. 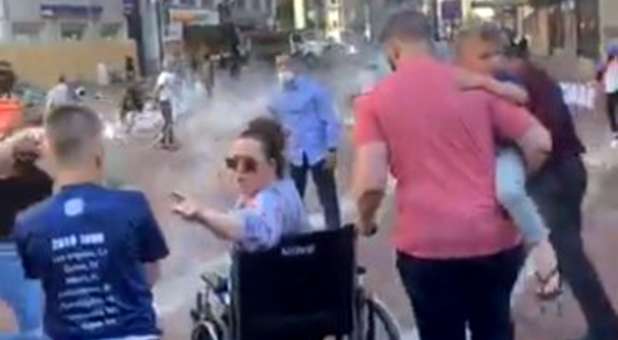