This is a story some will not believe. That’s how faith is. Some have it. Some don’t. Either way, you are OK with Mary Elizabeth Nesbit.

She is a retired pastor, widow, and seasoned senior citizen who won’t reveal her age. She is the one you can find sitting in the amen corner of Shields Chapel Fire Baptized Holiness Church of God of the Americas in Myrtle Beach. With a hat on her head and a solemn look on her face, she worships. Her praise is like her personality – sometimes tough and at other times tender. Nesbit is simply a woman who wants, among other things, to be a blessing for folks firm in faith and finding their way.

“People in the world think they are living a good life, but they don’t know how good life can be until they receive Christ,” said Nesbit during a restful evening at her Socastee home. “It’s like sending someone a nice, cold glass of lemonade on a hot summer day and at first it remains untouched. You may say that is just lemonade. However when a sip is taken, the coolness gets into your system and energizes your inner being. It is then you realize you should have taken a drink of it a long time ago.”

She is currently the National Mother of her denomination, Fire Baptized Holiness Church of God of the Americas, a mostly black Holiness-Pentecostal Christian branch. She is also the chairperson of its missionary department, which celebrates 100 years of service in May. In both roles, she serves as a mentor and supports Christian education.

“My mother is a woman of her word,” said Robert Nesbit, a retired Army staff sergeant. “She is strong in her faith.”

Her journey to Jesus began back in 1975 when International Women’s Year began and “Wheel of Fortune” debuted on NBC-TV. Nesbit said it was during that year that God told her to preach. She was just a girl when God began speaking to her heart. It was indeed his voice. Still, doubt managed to hold her captive. Her mind said she had to remain dedicated to her dreams of becoming a doctor or a lawyer. She was torn.

While she contemplated what she should do, Nesbit began wasting away by losing the little weight she carried on her small frame. Her grandmother noticed and became concerned.

Her grandmother said, “Doctors are too committed to their work to be committed to Christ like they should, and lawyers don’t tell the truth.”

In her early teens, Nesbit decided to listen to the quiet voice speaking to her heart.

“In a dream, I heard a voice say, ‘Surely, the Lord God has called thee to preach the Gospel,’” Nesbit said.

Of course, she had naysayers. Women and men told her she had no right to preach because the Bible didn’t support it. Nesbit wasn’t deterred.

“I ran into a lot of that, especially in Michigan – people telling me I had no right to preach,” Nesbit said. “However, what they said didn’t matter because I was convinced by what I was told by God. There are many people who still believe that women should not preach and should not pastor, but you have to live so you can make people take back what they said and believe in your calling.”

Her in-your-face sermons with catchy titles like “You Can’t Shack With God” definitely made people sit up and listen, even when they didn’t necessarily agree. Regardless of how they felt, they couldn’t deny Nesbit was passionate about preaching and serious about doing her best to be a blessing.

“As a pastor, she was a caring person,” said the Rev. Frank Burgess, a Myrtle Beach resident who worked with Nesbit when she was the pastor of Shields Chapel for several years. “When she was our pastor, she didn’t mind working in the community to get things done. If we had community clean up, she would be right out there with us.”

Burgess said Nesbit was also a stern leader he admired.

“I loved her as a pastor,” said Burgess, who has been in the ministry for 13 years. “She was hard, and some people didn’t care for her, but her hard style helped. She didn’t let you get by. Sometimes with pastoring, you have to be firm with people.”

Her commitment to never watering down what the Bible says and being politically incorrect stem from a traumatic time in her life. When she was pregnant with her sixth child, she had a near-death experience.

Nesbit said the doctors told her she was clinically dead. What she remembers is being in the delivery room and feeling herself leaving her body. She knew she was dying.

In her spirit, she called out to God.

“I don’t want to go now Lord,” Nesbit said. “Who will care for my six children? I don’t want them scattered. If you let me live, this big mouth I have will open for you and to you.”

After she spoke those words, Nesbit said God told her to say Psalms 23 three times. She did as she was told and escaped death. 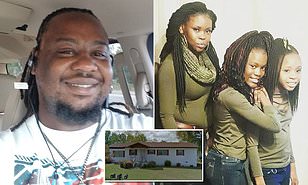 Tragic: Man Shoots Dead his Ex-girlfriend and her Two Daughters who Tried to Intervene, Before Killing himself, because he was Jealous she’d Gone to...