Lolo Jones has withdrawn from this year’s Drake Relays, due to an injury.

Jones was originally entered in a special shuttle hurdle relay and an elite women’s 100-meter hurdles during the 107th running of the Relays, April 27-30.

“She’s tweaked a hamstring,” Brown said Tuesday. “She’s been nursing it, thinking it would be ready and it’s just not responding as quickly as she would like.”

The 33-year-old Jones is trying to make the U.S. Olympic track and field team for a third time, and wants to avoid a more serious setback.

She has been a Drake Stadium favorite since her high school days and gained international fame through her adventures on and off the track, including a stint as an Olympic bobsledder.

“If this injury would have been sustained 10 days earlier than what it was, she feels like it would have been enough for her to get back and be in full contention (at Drake),” Brown said. “It’s difficult for her to come when she’s not at her best, because she knows the fire she’s getting into.”

Venus Williams Pulls Out of US Open Because of Leg Injury 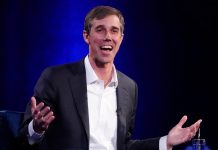 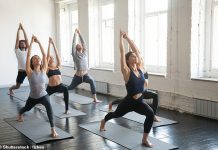 Why Stretching Before Exercising Could Mean Nothing 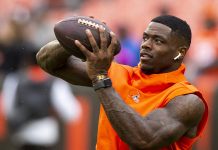 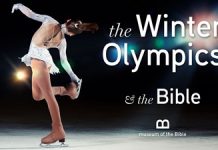