The two bears — Little One and Berit — escaped through an open pen door, according to zoo officials.

The zoo, which had previously reported that one polar bear breached the containment area, has a double-containment system in place that prevented the bears from entering spectator areas.

Necessary protocols were followed and no injuries to the bears, zookeepers or visitors resulted, said zoo director Thane Maynard in a news release.

“The bears entered an inappropriate area but did not leave the building and the public was never at risk,” Maynard said.

Spokeswoman Michelle Curley said Berit, the zoo’s female polar bear, breached a behind-the-scenes containment area at around 11:30 a.m. but was never actually loose in the zoo.

The zoo resumed normal operations around 1:30 p.m. The bears were resting in their den Wednesday afternoon and could be back on exhibit by Friday, according to a news release from the zoo.

Wednesday was Ethan Baugher’s first time at the zoo with his family. He drove more than an hour from Columbus, Ind., to visit the park with his wife, mother-in-law, 8-year-old-niece, 4-year-old son, and 3-year-old nephew.

They were just up the hill from the polar bear exhibit when zoo officials told guests to get indoors. Baugher was initially curious and “a bit annoyed” that officials didn’t immediately reveal why they were telling guests to stay indoors but said the incident did not significantly upset or scare his family. 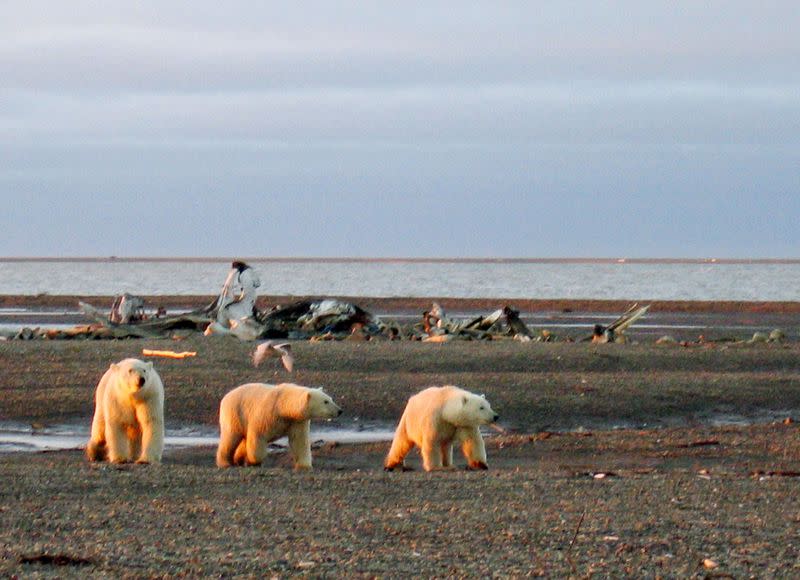