Céline Dion got back to business Tuesday, returning to her residency at Las Vegas’ Colosseum for the first time since losing her husband and manager, René Angélil, on Jan. 14.

The first show back served as a tribute to his role in shaping her career.

People reports that the performance began with a multimedia salute to Angélil followed by this quote from Dion herself: “I understood that my career was in a way his masterpiece, his song, his symphony. The idea of leaving it unfinished would have hurt him terribly. I realized that if he ever left us, I would have to continue without him, for him.”

The first 20 minutes of the show were streamed on her website, CelineDion.com.

Finally, the singer took to the stage herself following a standing ovation, opening withOne More Look at You/Watch Closely Now, a pair of heartbreakers from Barbra Streisand’s A Star is Born.

Understandably, the performance showcased songs about lost love, including Where Does My Heart Beat Now?, Because You Loved Me and It’s All Coming Back to Me Now.

Variety reported that during her cover of Eric Carmen’s All By Myself, Dion had to briefly cover her face to regain her composure.

But ever the consummate performer, she bounded back with Queen’s The Show Must Go On and her own Titanic theme My Heart Will Go On. 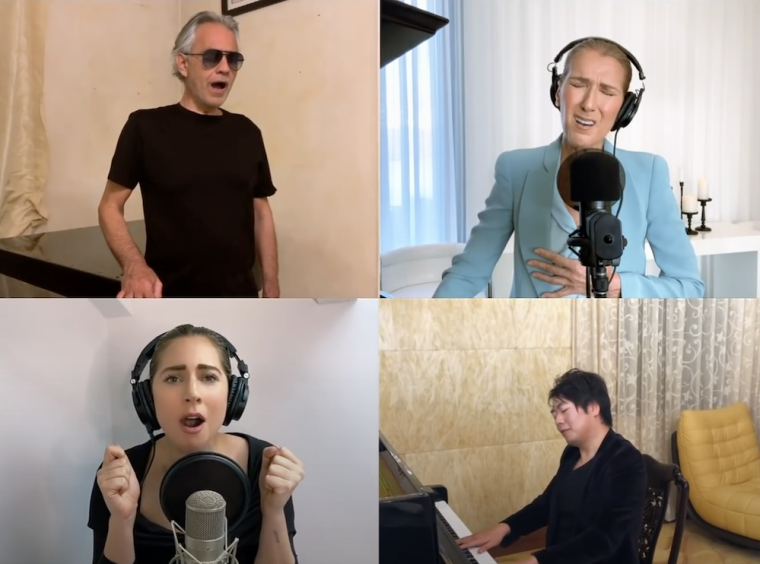 When and How to Watch “Aretha! A Grammy Celebration for the Queen of Soul”