Americans remain largely ignorant and indifferent toward the plight of Christians overseas despite headlines featuring ISIS’ violence, argued an expert on religious liberty.

Timothy Samuel Shah, associate director of the Religious Freedom Project at the Berkley Center for Religion, Peace, and World Affairs, argued as part of a panel held Friday afternoon in Washington, D.C. that American Christians are not as involved as they should be in fighting persecution abroad.

A practicing Catholic, Shah talked about how he was “struck by widespread apathy and indifference and ignorance concerning this issue among Christians, let alone others.”

“I don’t hear a lot of conversation in my very vibrant parish about this issue,” said Shah, who noted that aside from the Knights of Columbus chapter “the parish as a whole is pretty indifferent.”

“Maybe your churches are different; my sense is that they’re not. I don’t hear a lot of real outrage from Christian leaders about this issue on a regular consistent basis.”

Shah went on to ask critically about “where are the widespread demonstrations? Where are letters by thousands and thousands of pastors to appropriate leaders to do more about this?”

“Where are the spontaneous grassroots campaigns? I don’t see them,” continued Shah, “If one-tenth of 1 percent of Christians in America were really outraged and mobilized we would see political action across the board.”

Shah added that his opinions echoed those of former Congressman Frank Wolf of Virginia, whose legislative efforts helped create the U.S. Commission on International Religious Freedom.

Shah’s remarks came as part of a panel on Christian persecution abroad sponsored by the Heritage Foundation and the National Review Institute.

Titled “Christian Martyrs Today: Help for the Persecuted,” the panel was held Friday afternoon at the Lehrman Auditorium and livestreamed online.

“A brutal persecution is happening, as Christians are being driven out of what was the very cradle of Christianity in Iraq and Syria,” read Heritage’s description of the event.

“Pope Francis has said that there are more Christian martyrs today than in the early days of Christianity. What are we doing about it? What can we do about it?”

In addition to Shah, other panelists were Patrick Kelly, executive director of St. John Paul II National Shrine of the Knights of Columbus and Nadine Maenza, chair of the religious liberty group Hardwired. 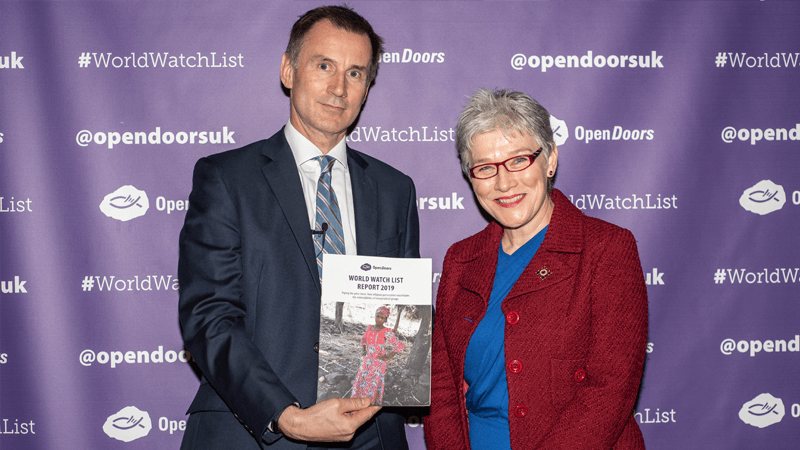